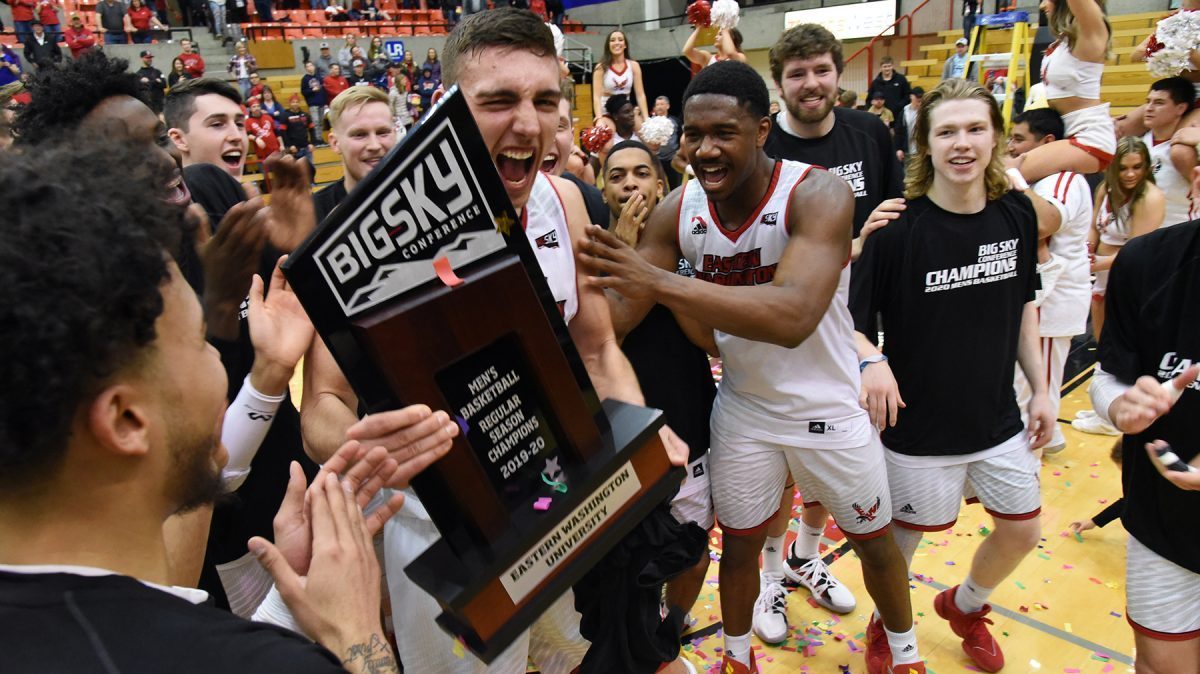 The 6’8 220 lb forward from Melbourne took college basketball by storm this season, emerging as one of the top mid-major players and had the achievements to back it. These achievements include a 54 point game, the most by any player this season, a conference POY award, and a regular-season conference title. Read below or listen to the audio to hear about the rise of Australian basketball, his terrific season, and the next steps for Mason Peatling.

1) Coming out of Australia, what made you choose Eastern Washington and how did you get on their radar?

Mason Peatling: They’ve recruited a couple Australians before and they recruited an Australian the year before me who was on my team. I was recruited by accident because they were looking at him but I played well. It’s hard being recruited as an Australian, especially if you don’t play for the national team, so it was Eastern Washington and maybe one other school that gave me any interest.

I was recruited for about seven or eight months and signed in the early period. I went on my official visit after I signed and it worked out pretty well. I’ve been in the United States once before on a travel team. We went to Florida and got to see the Magic play and see Disneyworld. I wanted to go before deciding to take the college basketball route and committing to that long term.

2) What’s the most rewarding part of playing for a mid-major as opposed to a Power 6 school?

Mason Peatling: It was the perfect level to have a lot more opportunities. At a Power 6 school, they’re only recruiting top 100 players and players who are a lot more athletic. I was able to develop my game over the last couple of years, and even though I’m not the most athletic guy, I can show people why I can still be a good basketball player. I really had the opportunity to develop my game and that’s something you can’t really get at a Power 6.

3) Every year since freshman year, you’ve improved in nearly every statistical category. What did you improve every season for this to happen?

Mason Peatling: Every year was a little bit different. In the first couple of years I was trying to get my body to a point where I can impact a game. Something I’ve been working on more recently is my shot and my handle. I wanted become a better playmaker because that became more of my role on the team.

4) What was your reaction when you heard the Big Sky and NCAA Tournament were cancelled as someone who was most likely going to be in it?

Mason Peatling: It was pretty tough but everything was getting cancelled, and I figured they weren’t going to let a bunch of amateur athletes go running around with a virus going around. I was pretty ready for it once it happened, and obviously, it was really disappointing but we were really lucky to have won the regular-season title and have the trophy ceremony on the home floor. I felt like we’d already accomplished a lot, and everything was out of our control so there was no point in being upset about it.

I think the coaches were keen on postponing the tournament or playing with no fans, but I didn’t think about it too much. I didn’t want to spend all of my energy mulling over the possibilities, I just wanted to spend that time with my teammates before I went home.

5) How have you seen basketball in Australia grow from when you were younger to now?

Mason: There’s always been great players coming out of Australia. I grew up watching Andrew Bogut and Patty Mills in the NBA. The last few years especially the professional league in Australia has taken the next step where it is respected a lot more throughout the international community. Something that helps as well is the performance of the national team at the world championship and the Olympics. There is some top-end talent like Bryce Cotton who is producing at a high level in our league. Not only do we have great Australian players, but we also have some great American players as well in the NBL that has been a huge part in the league growing.

6) You scored the most points in a game this season for any D1 player with 54 points and did it on 80% shooting. What was going through your head that game?

Mason: It was probably the weirdest game I’ve ever played to be honest. It was a warmup game against an NAIA team, so it was expected for all the minutes to be shared evenly and the young guys would play more than in any other game. I wanted to go out there and put my stamp on the game and get a lead going so the young guys could get in. What ended up happening was they were shooting the lights out on one end, but they couldn’t guard me inside because I had a size advantage. Before I knew it, I had 30 points at halftime and the coaches told me if I can score 20 points really quickly you’ve got a record and then ill get you out the rest of the game. I ended up scoring 54 points in 20-30 minutes. I’m glad I didn’t play any longer than that because I wasn’t out there to break a record, I was out there to try to win the game.

My teammates kept feeding me the ball, so if I kept asking for it for another 10-20 minutes I would have been exhausted so I’m glad they pulled me out. I had such a size advantage my teammates would just throw it to me from wherever they were. I haven’t played a college game that was anything like it.

7) What game was crazier for you this season, the 54 point game or the 21 points 22 rebound overtime win in a big conference game?

Mason: I love all the conference games. That game was big because they were one win behind us in the standings so if they won they probably would have been the champions. To be able to pull that one off in overtime, and we won another game a few days before in overtime so that was a huge weekend for us, so I think the second was definitely the better one.

8) What was your reaction when you heard you were named conference player of the year?

Mason: I was following how our team was going, and to be honest at the beginning of the year I wasn’t putting up crazy numbers or anything. As my role started to change throughout the season, and I started winning a couple player of the week awards, the numbers started to put me in a position to get that award. All I was focused on was making sure our team did the best we could and giving us the best chance to get the #1 seed in the tournament.

9) What is one thing you plan on working on to improve your overall game?

Mason: I’m trying to figure out what my role would be on a team and to be ready for it. There is not one thing I want to emphasize I just want to work on my overall game. If I shot a little better this year that would have been great and turned the ball over a little less. I probably won’t be a guy in the pros that’s putting up 20 shots a game, so I want to understand my role.

10) Have you thought about the next steps whether that is NBA, G-League, or NBL?

Mason: My goal has always been to play in Australia once I was done in college. I knew that if I put in a good four years in America and a lot of things went my way, then hopefully there would be an opportunity to play in Australia afterwards. I’m super excited about it once it all gets underway.

10a) Has the virus affected any of this at all?

Mason: Everything has been pushed back. The pre-draft workouts and the seniors only camp aren’t options anymore so there were a couple opportunities that would have been good. With this off the table, I focused on getting back to Australia as soon as I could. The free agency has also been moved back a couple of months, and teams won’t know what their budgets will be next year so salaries will have to change. I’m lucky that I have weights I can lift and a court down the street to practice on.

One thought on “Interview with Big Sky POY Mason Peatling”