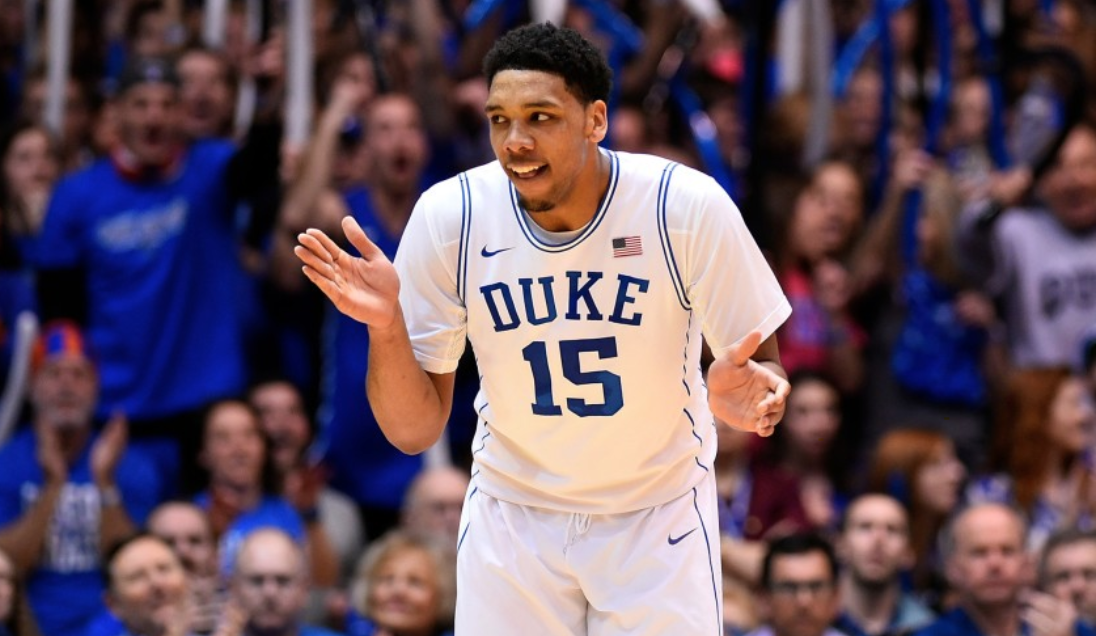 Despite being a blue-blood basketball school and a consistent NCAA Tournament contender, some prospects out of the Duke basketball program haven’t performed to their full potential.

The following players to play for the Blue Devils were expected to be incredible in the NBA, but fell short and were busts.

After staying at Duke for all four years, Nolan Smith had an intriguing college basketball resumé with the chance to be a solid point guard in the NBA. In his senior year, Smith was an All-American, the ACC Player of the Year and had a National Championship under his belt. After being selected 21st overall by the Portland Trail Blazers, Smith looked like he would be a perfect guard for the Western Conference team. In a total of 84 games, Smith only averaged 3.3 points per game. He was sent down to the D-League, then went overseas to recreate his career. After a short stunt, Smith returned to Duke University to be on the coaching staff with Mike Krzyzewski.

Chris Duhon spent four seasons at Duke University before going into the NBA Draft. Winning a National Championship in the 2000-01 season, as well as being ACC ROY, it looked like he would be a prime player for the Blue Devils. Duhon was a second round pick to the Chicago Bulls where he spent four seasons. Following his stint with the Bulls, he bounced around the league before calling it a career in 2013. He averaged 6.5 points per game in his career.

One of the most impressive talents in the 2012 recruiting class, Jabari Parker decided to go to Durham and play for Duke basketball. Starting all 35 games, he averaged 19 points per game alongside 9 rebounds. A one-and-done prospect under Coach K, Parker was primed to head into the NBA and make noise. He was selected second overall by the Milwuakee Bucks. Shortly into his rookie campaign, Parker tore his ACL. Since his injury, he has bounced around the league with a big contract and not truly finding a home. His history of injuries have unfortuanely put a halt to what could have been a great prospect.

Shelden Williams was one of the most impressive college prospects while playing for the Blue Devils. When he decided to go to Durham for college basketball, he had won the Oklahoma Gatorade Player of the Year twice in high school. At Duke, he was an All-American and Defensive Player of the Year twice. The Atlanta Hawks took him fifth overall ready for him to be their center for years to come. Instead of that, he averaged 4.5 points and 4 rebounds per game and played a short career in Atlanta before being traded to the Sacramento Kings. He played for seven different teams in the pros before going overseas to China. He hasn’t played basketball since 2015.

The biggest “what could have been” prospect coming out of the Duke basketball program, Jahlil Okafor has not been close to what was expected of him in the NBA. After being the top recruit and going one-and-done at Duke, Okafor was a National Champion, the ACC Player of the Year and a Naismith Finalist. Following his freshman season where he averaged 17.5 points per game and 8.5 rebounds, he was the third overall pick to the Philadelphia 76ers. Following an impressive rookie season in the pros, it began to go downhill. He soon lost his starting position and wouldn’t start a single game for three years straight. He spent one season in Brooklyn before settling in New Orleans where he has spent the past two seasons hoping to rebuild his career.