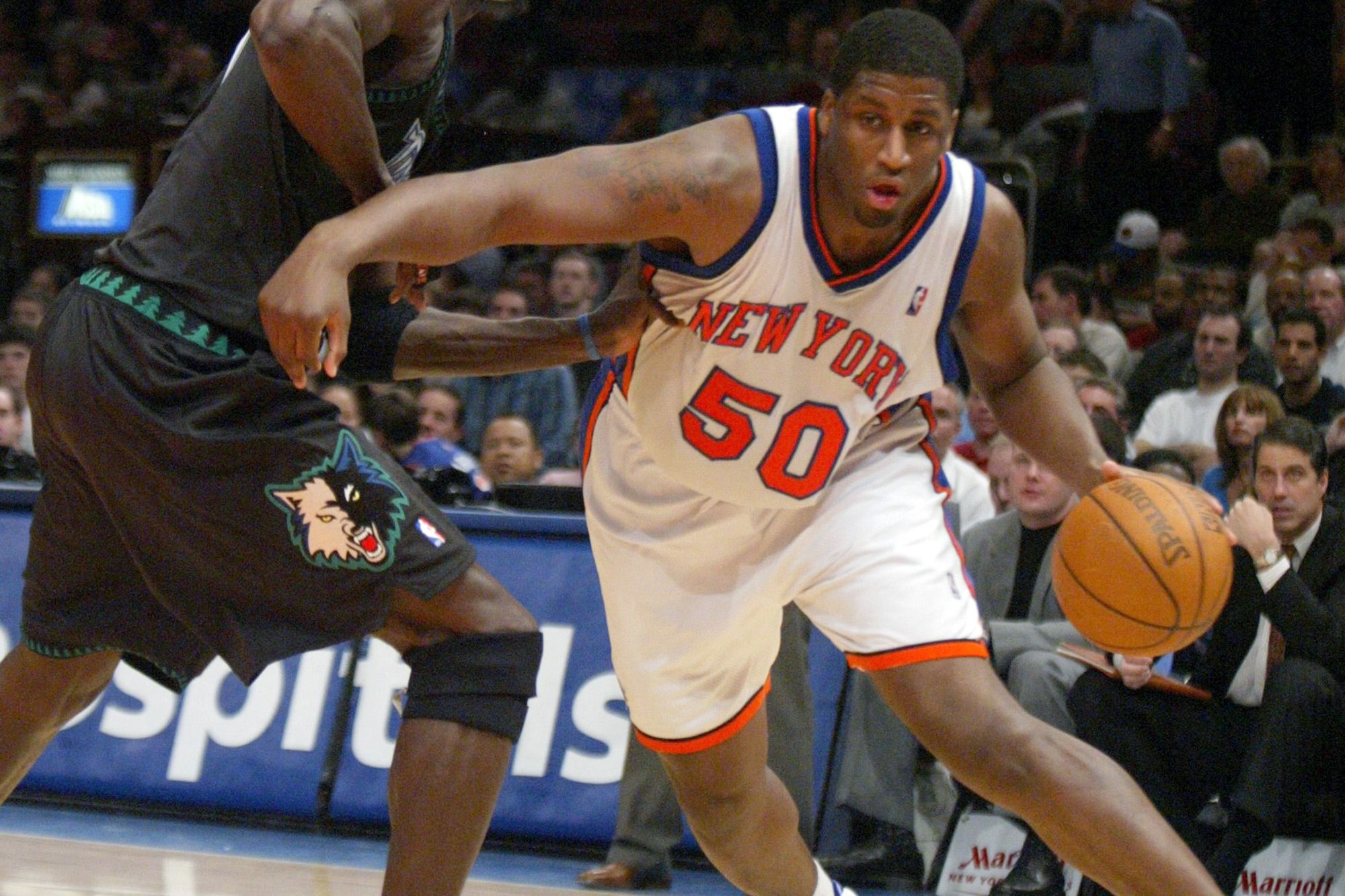 In the early 2000’s Mike Sweetney WAS Georgetown basketball. The big man led the Hoyas in scoring and rebound for two straight years, and became a top ten NBA Draft pick.

For Sweetney, it has always been about basketball. Since his early childhood, hoop dreams were a part of his life, and he completed those goals, including playing for a Georgetown basketball program he grew up admiring. However, there’s more to his story than just that, which we cover in a Q/A with the former Big East star.

1. What was the reason for choosing Georgetown?

SWEETNEY: “Me being able to stay home in college basketball, and for my family and friends being able to watch me play. Growing up watching Georgetown with Patrick Ewing, Alonzo Mourning, Dikembe Mutombo, and Allen Iverson, the list goes on and on. Watching those guys and then being able to be a part of it was pretty much a no brainer for me.”

2. What is it about the basketball culture in the DMV area that separates it from other parts of the country?

SWEETNEY: “Every night you have to bring your A-Game. There’s so many guys on that documentary that you didn’t even see, like Chris McCray who was a starter at the University of Maryland. I think he was in the top ten in the country coming out of high school.”

“You got guys like that that I was playing against every night. I want to say that in the past ten or fifteen years, we’re number one in the country as far as guys going Division 1. Just imagine playing against that talent night in and night out. It brings out the best in you to make sure nobody has bragging rights over you.”

3. What led to you making that improvement from your freshman to sophomore season?

SWEETNEY: “For me, I wasn’t highly ranked coming out of high-school. Me going in and playing against those guys ranked higher than me. I was playing well against them and felt that I had a good chance to make the NBA and take it to a new level. That summer I got in the gym, worked hard, got in better shape, and just put my mind to it.”

4. What were the enjoyments and pressures of being the number one option for the Hoyas?

SWEETNEY: “It was a lot of pressure. To have a chance to win you had to bring your A-Game. You’ve got to be on every night. I knew every game, most teams’ defenses would be predicated against me, so I knew there would be double teams. I had to take a strategy to beat the double teams to still score and get my 20 points every night.”

5. Which players did you enjoy going up against the most?

SWEETNEY: “I had a lot of fun playing against Carmelo Anthony. We always battled. We had one game where we both had 30 points. Just being able to guard each other, but that score for score type mentality. He was one of my favorite players to play in the Big East – him and Troy Bell from Boston College.”

6. Most would say that the era you played in was when Big East basketball was at its’ height. But with the conference making a name for itself yet again, do you still watch and support Big East hoops?

SWEETNEY: “Oh yeah for sure, I watch Georgetown. Villanova’s still there. Seton Hall’s still there. There’s a couple schools still there so I still definitely support it and I want Georgetown to do well obviously. For me, I just miss the Syracuse-Georgetown rivalry twice a year, hopefully meeting in the Big East Tournament. But I think it definitely is still a good league.”

7. What went into your decision to leave for the NBA after your junior season?

SWEETNEY: “I think it was time. My sophomore and junior years I pretty much just dominated college basketball. When they said I was going to be a top ten pick, I didn’t grow up in a wealthy background, so it was one of those things where if you could change the lives of your family, it was a no brainer for me. And it was also a dream come true, so it was a win-win.”

8. Being able to play for the New York Knicks and Chicago Bulls, what was it like playing for two storied franchises and huge markets?

SWEETNEY: “It was amazing. I was talking to my wife a couple weeks ago watching the ‘Last Dance’, saying “Wow we walked down those same hallways that Michael Jordan did, and being in the same locker room he had.”

“The Knicks might not be known for winning, but being there in the ‘Mecca of Basketball’, the fans show you love in the street. They’ll tell you a thing or two if you’re not playing well. The passion of New York City basketball is just amazing. Playing for two storied franchises was a lot of fun to be a part of. The coveted history and expectations were high, so that made you want to compete more.”

9. Since then, you’ve played overseas and are now an assistant coach at Yeshiva University. What is it that makes you want to stay around the game of basketball?

SWEETNEY: “For me, it was so much fun playing basketball growing up, and basketball gave me a chance to change my life and see the world. I played overseas and saw different parts of countries and different lifestyles.”

“I love basketball. I love teaching. I love playing. I can’t play anymore, but just to be around the youth and show them what I learned in not only basketball, but life experiences. Obviously the stuff that I went through off the court, I can share with the youth now and just kind of help them take care of their body and your mind and how to overcome obstacles. It’s a lot of fun to be around it.”

10. Finally, with all of the social injustice happening in this country right now, would you like to voice your opinion on anything?

SWEETNEY: “I made a post the other day and for me, I just hope that the times can change in the world we live in. I always teach my kids to love and respect everyone. I hope that as a society we can get to that point where everyone is teaching their kids and their loved ones to love and respect everyone. I think if we get to that point, things will be different in our society.”

One thought on “Georgetown Basketball: Interview with Mike Sweetney”