Ranking the Best Programs of the Decade 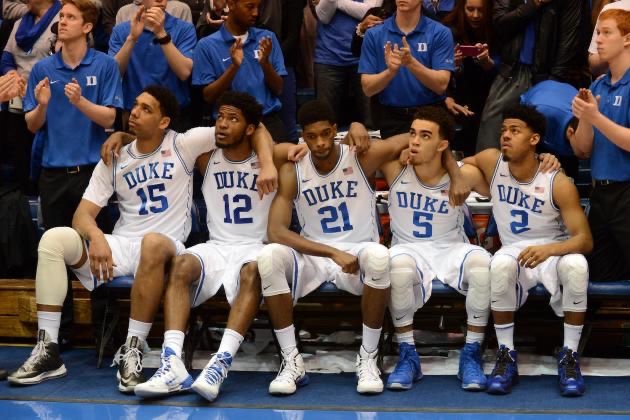 College basketball has not disappointed this decade. Unlike most professional sports, especially in the postseason, upsets always occur and the unexpected begins to be expected. However, there have been programs that have powerhouses in the 2010’s, and have tattooed their name into college basketball’s blue bloods. In honor of the decade coming to a close, we will count down the five best programs of the decade.

5. Gonzaga Bulldogs. Mark Few, despite not winning a national championship in his tenure, has built a perennial powerhouse in Spokane. The Bulldogs have never lost more than 3 conference games in a year this decade, and have made the tournament every year, making it as far as the national championship game. The Zags have won the West Coast Conference regular season title all but one year in the 2010’s, and have won the conference tournament seven times. Gonzaga is the only team on this list without a national championship win this decade, but the fact that Few built a mid major with very little success into a powerhouse, and he maintained that success throughout the decade.

4. Villanova Wildcats. Jay Wright has led the Wildcats to two national championships this decade. However, with his non champions, he has yet to make it past the sweet sixteen. Wright wins with his teams that have the potential to win it all. However, what is holding Villanova back from making it higher on this list is the lack of success he’s had from teams without championship endings.

3. Kansas Jayhawks. Bill Self has dominated his conference this decade. The Jayhawks have won the Big 12 five of the ten years this decade, and have held at least a share of the regular season title all ten years. Not to mention Kansas’ tournament success. Kansas has made the elite eight five times this decade, despite only cracking the final four twice. And although the Jayhawks have not won a national championship in that span, the dominance of their conference year after year is enough to put them at three on this list.

2. Kentucky Wildcats. Kentucky has had the best team of the decade in 2012, when John Calipari led Anthony Davis and company to a national title. That Kentucky squad was the best team ever in the KenPom era. The Wildcats have had four final four teams in ten years, more than any other school in that span. In the regular season, Kentucky has won six SEC tournament championships, along with at least a share of five SEC regular season titles. But it’s Calipari’s post season success that gets Kentucky the number two spot.

1. Duke Blue Devils. According to KenPom, Duke was the most efficient program of the decade, having just the 15 best defense, but holding the best offense by a wide margin. Duke has made five elite eights, but unlike Kansas, with its two final four appearances, it has won the championship. Despite only winning the regular season title in a crowded ACC once, Duke has won the tournament four times this decade, the most for any team in the conference, with Virginia being second with two. Duke has been dominant this decade, both by the eye test and computer metrics, making them the top spot on this list.