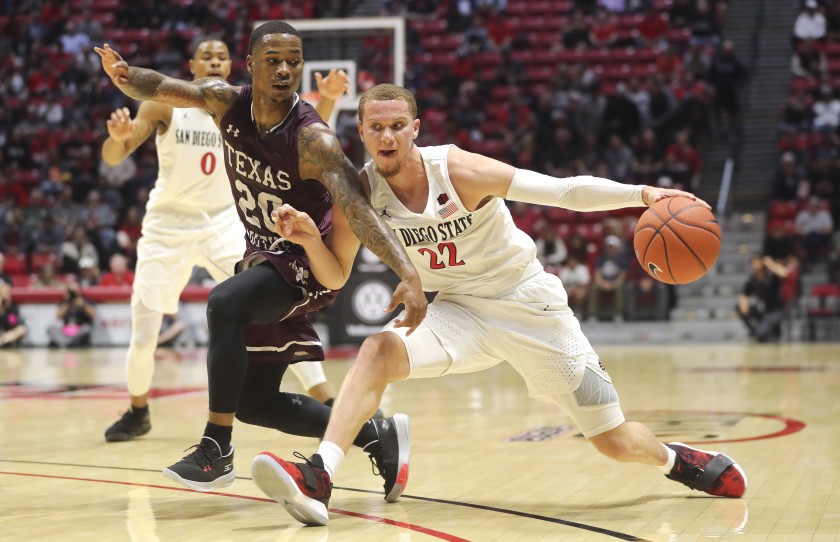 With 2019 coming to an end, there are a few teams who need changes for 2020. In this article, I’m going to tell you the New Years resolution for five different teams.

In many games this season, the Maryland Terrapins have found themselves down double-digits in the second half. They have gotten back into every one of those games. The reason is because of their press. They are a lengthy team who can get after it on defense and this press forces many turnovers. If they would press earlier in the game, then they may not have to make such a big come back later in the game.

In Marquette’s losses this season, Markus Howard is averaging 12 points per game. Although that doesn’t seem like a small amount, for Markus Howard, it is. A perfect example of this is the Maryland game. In the championship of the Orlando Invitational against Maryland, Howard scored just six points. Marquette lost this game by 21 points. They need a lot of success in their conference play if they want to make an NCAA Tournament. They cannot expect Markus Howard to play great in every one of these games.

The Depaul Blue Demons have not made the NCAA Tournament since 2004. Over the past few years, they have been looked at as one of the worse teams in college basketball. But this season, Depaul has surprised many people and showed that they should be getting some recognition. They have beaten Iowa and Texas Tech in non-conference play which will look good on their resume. If they can play well in conference play, they will definitely have a spot in the NCAA Tournament.

Last season, Duke was by far the most hyped team in college basketball. With Zion Williamson, R.J. Barrett, Cam Reddish, and Tre Jones being the leading scorers of the team. All four of these guys were freshman and were starters the entire season. They are in the same position as they were last year at this point in the season. They are 12-1 and are relying on some freshman for success. This year, they have a little bit more experience with Tre Jones, Jack White, Jordan Goldwire, Joey Baker, Javin Delaurier, and Alex O’Connell returning. But the teams main source of scoring comes from Vernon Carey Jr. (Fr.), Matthew Hurt (Fr.), Cassius Stanley (Fr.), Wendell Moore Jr. (Fr.), and Tre Jones (So.).