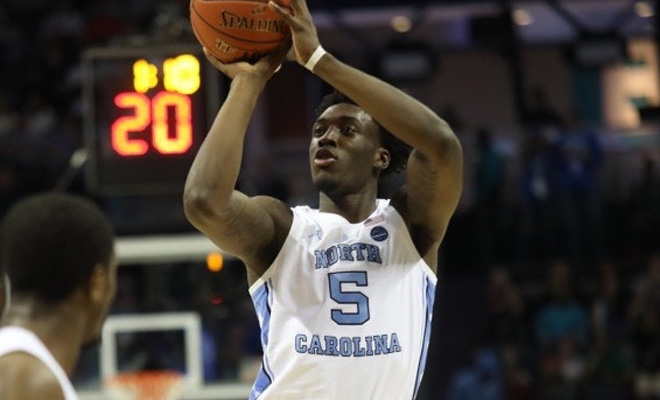 After being the third one seed to fall behind early to their opponent, UNC, with a dominant effort in the second half, defeated Iona, 88-73. Behind Cam Johnson’s 21 points, UNC avoids a catastrophic upset and moves on to the Round of 32.

After going back and forth early, the Gaels went on an 8-0 run to take a 35-27 lead over the favored Tar Heels with just over 4 minutes to play in the first half. UNC clawed back, and they trailed by 5 at the break.

Roy Williams, who has never lost a game in the Round of 64, made sure his squad came out with energy in the second half. UNC quickly gained a 42-41 advantage and did not trail after 19:00 to go in the second half. Using their size and ability to facilitate the basketball, UNC picked up the expected win by 15.

Cam Johnson led the Tar Heels in scoring with 21 points, and Luke Maye added 16 points and 9 boards. Nassir Little gave North Carolina a nice 19 off the bench. For Iona, Rickie McGill led all scorers with 26 points with 7 made three pointers on just 9 attempts.

UNC will play Washington Sunday night in the round of 32. UNC, with the win, completed the sweep of 16 seeds in this years field, not allowing a repeat of UMBC to occur.