UCF Shoot Thier Way Past VCU 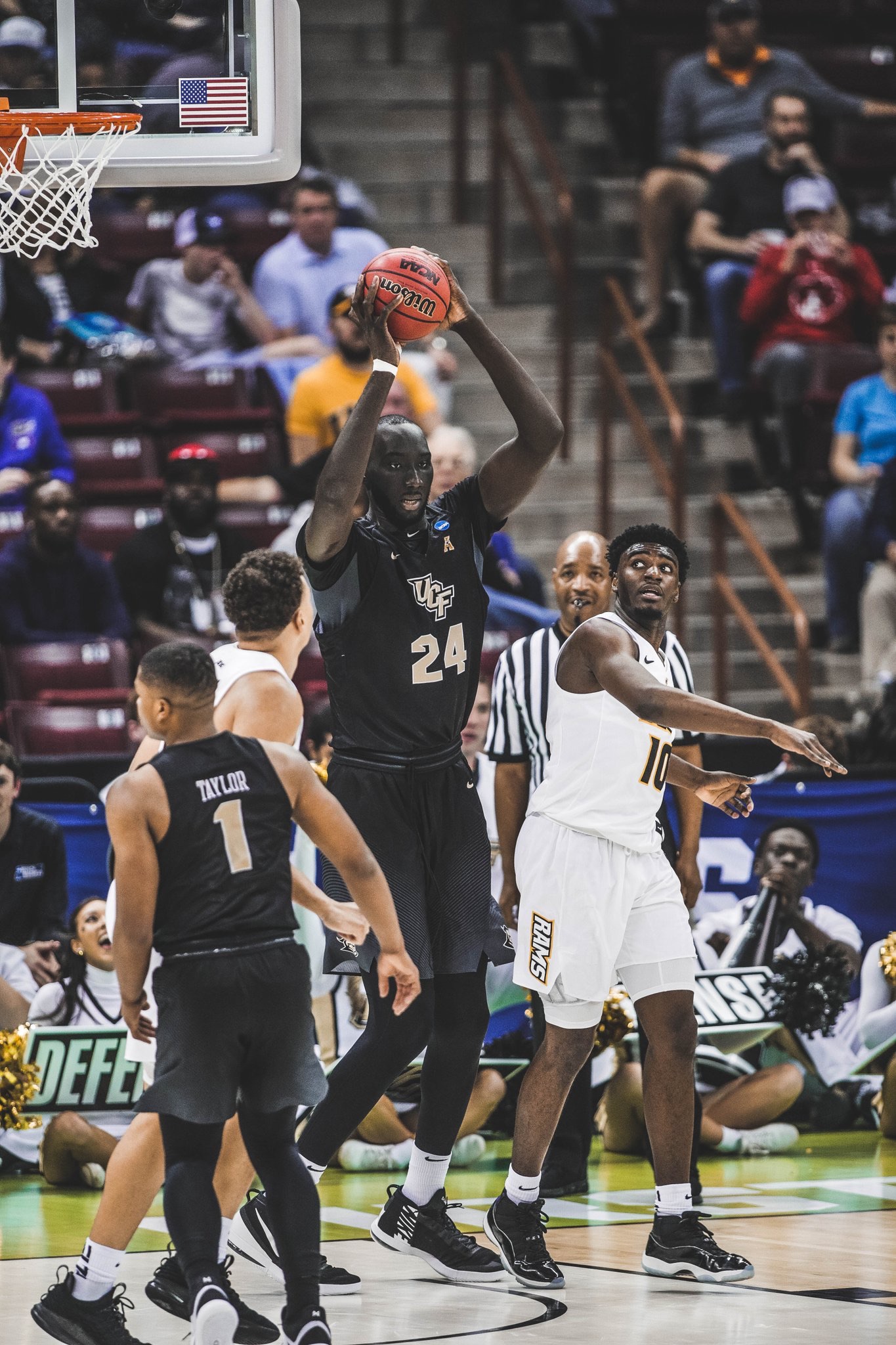 UCF uses stellar defense and superb shooting to beat VCU 73-58 to advance to the second round of the NCAA tournament for the first time in school history.

In the first half, both teams started slowly as they shot a combined 1-18 from the field. VCU held UCF scoreless for the first 6:22 of the game but after Terrell Adams knocked in the first basket for the Knights, UCF loosened up and started to play. UCF started the game 0-10 but finished 14-20 the rest of the half. As they adjusted to the Rams havoc defense the Knights began to find their way while still holding VCU on the defensive end holding VCU to 28.6% from the field.

UCF opened up the second half how they finished the first with a 9-0 scoring run and were able to hold VCU at bay. UCF opened up a 19 point lead and for much of the half was secure to advance. VCU’s fight wasn’t over however as they started to turn up the pressure on the defensive end forcing eight turnovers in the second half and using those mistakes to make a run and cut UCF’s lead to seven points with 4:55 to play. BJ Taylor and UCF weren’t phased as Taylor knocked in a three with 3:56 to play to put the nail in the coffin for VCU as their run deflated and UCF moved onto a 73-58 victory.

Malik Crowfield led the way for VCU off the bench and was a big part of the VCU run to close the gap as he shot 3-4 from deep after the Rams were 0-9 in the first half. VCU’s star Marcus Evans was held to six points on 1-7 shooting and 0-3 from behind the arc.

BJ Taylor and Aubrey Dawkins led the way for UCF with 15 and 14 respectively, while big man Tacko Fall dominated inside. Fall added 13 points and 18 rebounds to go along with his five blocks.

UCF will now move on to play #1 Duke on Sunday, March 24 at 5:15 EST in what will be an exciting matchup between Tacko Fall and Zion Williamson.