Duke Handles North Dakota State to Advance to Round of 32 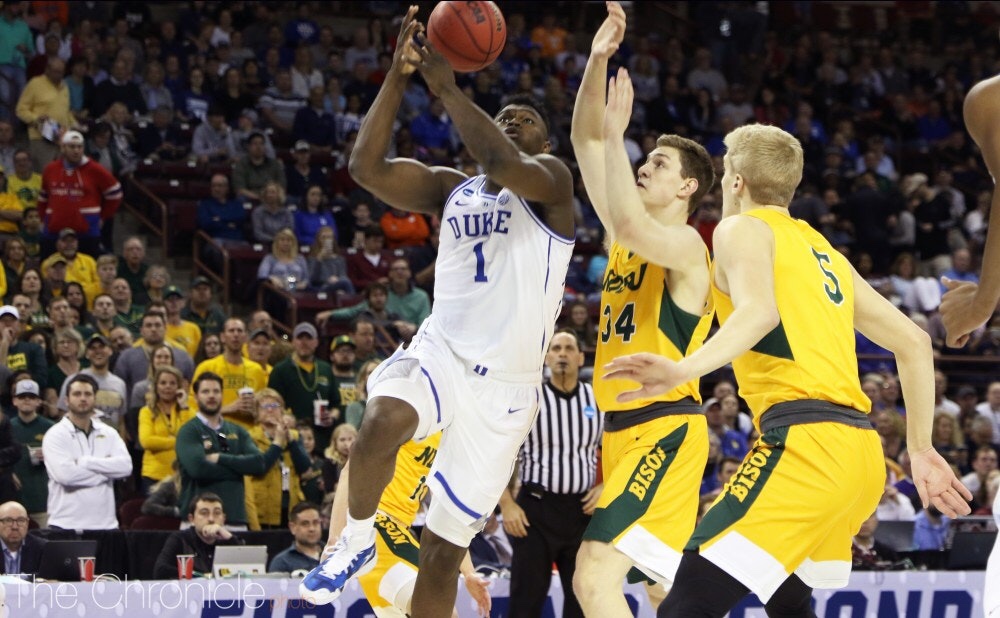 Duke defeated North Dakota State, 85-52, to advance to the Round of 32. Despite falling behind early and only having a 4 point lead at half, the tournaments top ranked team pulled away to secure the 33 point win.

North Dakota State picked up an early lead, going in front of the Blue Devils by 7 points early on. Coach K would not let his best roster ever fall in the first round though, as the Blue Devils picked up a 4 point lead into half and pulled away in the second half.

Duke will face off the winner of UCF vs. VCU on Sunday night, as they will look to maintain status as the nations best team.