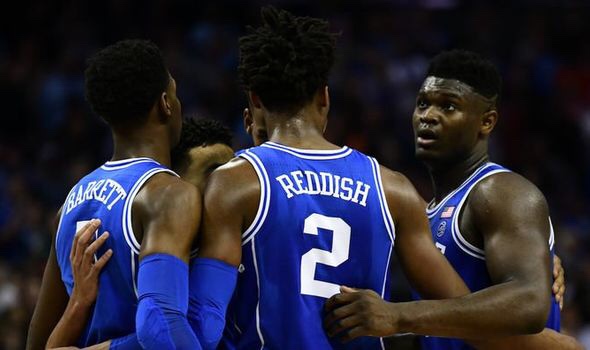 Duke won its 21st ACC championship, beating Florida State 73-63. Despite getting no points off the bench, the Blue Devils rode strong performances by Zion Williamson and Tre Jones to win the conference.

After falling behind 27-19 midway through the first half, Duke went on an 8-0 run to tie the game. The game went back and fourth, with Duke holding a slight lead for the majority of the half. Going into the break, the score was tied at 36.

Florida State began the half with a Terrance Mann three pointer, but Tre Jones and Zion Williamson knocked down back to back jumpers to gain a 1 point lead. That lead would remain the rest of the game, getting up to as much as 14.

The Seminoles came within 5 in the second half, but a late 9-0 run for the Blue Devils brought the game out of reach. Williamson knocked down the final two free throws to lock up the win.

Four of Dukes five starters scored double digits, with Williamson leading the way with 21 points. Tre Jones had his best game of the season, posting 18 points, 6 assists, and 4 rebounds. Florida States big man duo were the only double digit scorers for the Seminoles.

Duke will most likely end up as a one seed, while Florida State looks to be a 3-5 seed. Both teams now turn their heads to Selection Sunday, and have their minds set on a National Title.