Who Will Win the ACC Tournament? 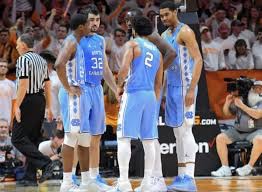 The ACC once again proved its dominance in college basketball in 2019. Going into the postseason, the ACC currently boasts three of the top five teams in the NCAAM, with an additional two in the AP top 25. Duke, Carolina, and Virginia repeated as top 3 in the ACC, with Virginia and UNC finishing in a virtual tie for the regular season title.

Going into Charlotte, the trio of the leagues top teams are obviously the favorites. However, other interesting scenarios can take place during the tournament. For example, Clemson has the ability to have its name taken out of the bubble conversation. Whether that is in favor of making it into the tournament or out will be decided over these next five days.

Unlike past years, the ACC is predictable in a way. However, history says that upsets are bound to happen, and the games will have the feel of a March Madness matchup. Teams are fighting for tournament bids, high seeding, and most importantly, the most highly coveted tournament championship in the country. One can argue that March Madness begins on Selection Sunday, but the ACC Tournament has other ideas.

Wake Forest may have a worse record, but Miami has struggled mightily this season. Chris Lykes is the Canes leading scorer, but Wake’s bigs will be too much for the Miami front court. Danny Manning will be bringing his team to Wednesday in Charlotte, while Jim Larranaga sits at home on the hot seat this offseason.

The last placed Irish may not be heading home after day 1. Despite losing 7 straight, Notre Dame split the season series with GT, winning by 10 and losing by 2. Georgia Tech is young, and Notre Dame’s TJ Gibbs and John Mooney are big time talents. Notre Dame pulls off the upset.

Boston College fell below expectations this year despite having two exceptional guards in Ky Bowman and Jordan Chapman. However, Pitt simply does not have the defensive will to stop this explosive guard duo.

Can the Tigers avenge its earlier buzzer beater loss to the Wolf Pack? Clemson is playing its best basketball right now, winning four of its last five, and the league’s third best scorer Marquise Reed does not want to leave Clemson without a tournament bid in his senior year. NC State has had a subpar conference season based on its dominance in its non conference slate. Clemson has too much on the line to drop its first game in Charlotte.

The three ball has propelled the Hookies to arguably Buzz Williams best season in Blacksburg. Despite missing senior point guard Justin Robinson, Kerry Blackshear is an assertive presence in the paint and Nickeil Alexander-Walker is a potential lottery pick. The fire power is too much for the Demon Deacons, who are playing for the second straight day after a hard fought win.

Jordan Nwora is the ACC’s most improved player, and he lives up to all hype. The forward can score from anywhere in the half court, is an athletic defender who can guard positions 3-5, and has a quick release from beyond the arc. His presence is too much for Notre Dame’s John Mooney, and Ryan McMahon is a clutch shooter off the bench.

In a year where its not on the bubble, expect Syracuse to come out flat. However, Tyus Battle, Frank Howard, and Oshae Brissett are arguably one of the best trios in the league, and their explosiveness can lead a comeback. If Syracuse isn’t shooting well from three, BC has a chance to advance, but Syracuse has too many weapons to remain cold an entire game.

Virginia is different from last years detrimental upset to UMBC. The Cavs boast its first first-round draft pick since Justin Anderson in DeAndre Hunter, along with potential late first rounder or early second rounder Ty Jerome. Jay Huff is Tony Bennett’s secret weapon, as the 7’1” sophomore off the bench is lethal from deep. Clemson simply matches up poorly with the ‘Hoos, and 8/9 do not have good track records over the 1 in the ACC Tournament.

Virginia Tech, coming off what should be a comfortable win the day before, will look to avenge last weeks overtime loss to the Noles. Kerry Blackshear does not match up will with Florida State’s athletic bigs, but Alexander-Walker will have a big game. Florida State’s cold spells are a sign for worry, and Virginia Tech plays great defense. On a neutral floor, VT has the advantage.

Although it wasn’t Nassir Little, UNC had its freshman superstar in Coby White all season long. In addition to Luke Maye and Cam Johnson, The Tar Heels shoot well and have been attacking the paint more and more towards the end of the season. Garrison Brooks is a tough matchup for Louisville, and the Cardinals defense is not athletic enough to defend the third best team in the country.

Yes, Syracuse beat Duke in Cameron, but that was without Tre Jones. Duke beat Syracuse a few weeks back at the Carrier Dome, and that was without Zion Williamson. Zion’s status has not yet been revealed, but Duke is becoming more comfortable without the league’s best player. When RJ Barrett makes shots, Duke wins. And RJ Barrett steps up in the spotlight.

Virginia swept the Hookies in the season series. Mamadi Diakite matches up well with Blackshear, and DeAndre Hunter has proven he can lock down Alexander-Walker. Without Justin Robinson, Kyle Guy and Ty Jerome can get off the shots they want.

Duke does not match up well with one team in the country: UNC. The Tar Heels have lengthy big men and strong paint players to keep Dukes freshmen out of the paint. With a compact defense, the Blue Devils are forced to shoot from the outside, an area they struggle in greatly.

Cam Johnson will be the difference maker in this game. The Tar Heels have lost four straight to Virginia dating all the way back to 2016, but Virginia has been lethal shooting from deep in all those wins. The Battle 4 Atlantis proved Virginia struggles from three when playing 3 games in 3 days, and Carolina’s tough big men provide matchup nightmares for the conferences best team.