Is Duke’s Zion Williamson’s Injury a Curse or a Blessing in Disguise? 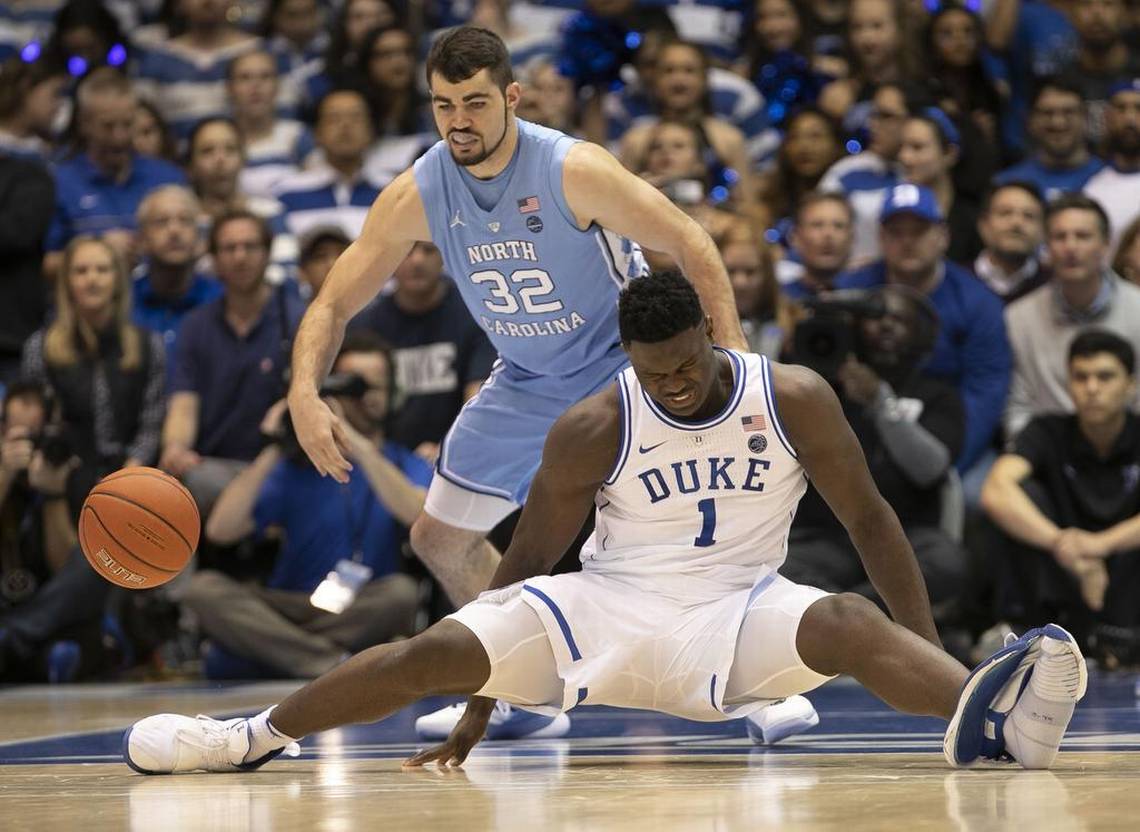 On the opening night of the season the entire sports world was in awe of what Duke was able to accomplish. The Duke Blue Devils completely humiliated the Kentucky Wildcats by a final score of 118-84. Talk in the media and the basketball fan base started to erupt. Could Duke finish the season unbeaten? Can anyone stop this team? Can a group of freshmen win the National Championship? A little over three months later and we know two answers; Duke can and has been defeated and has a kryptonite, shooting from deep.

Duke has lost four games on the season. Their first loss came at the hands of Gonzaga in Maui. With the experience of Gonzaga and the athleticism to keep up Duke found it’s match early in the season. The other three losses Duke have taken have been as a team without its full potential playing on the court. Two starters, Cam Reddish and Tre Jones, were sidelined in an overtime loss to Syracuse and in their remaining two defeats the big kahuna himself, Zion Williamson didn’t play.

Understandably when Williamson went down 0:33 into his first rivalry game against North Carolina, Duke was out of sorts. It was a stunning injury and the young line up was stuck with the image of their star player going down for the rest of the game. Duke didn’t even have a chance as they were pounded at home by North Carolina and not even once looked like they could make a run and be competitive in the game. After being able to collect themselves Duke went into Syracuse and walked away with an impressive win before traveling to Virginia Tech (also without their star – Justin Robinson) and lost yet again.

Duke is now 1-2 without Williamson. Yet the Blue Devils are still playing with two top five draft prospects on the floor. What is lacking however, consistency. Zion is the definition of consistency. Throughout the entire season I have been amazed with Duke. As much as I cheer against them I cannot help but to be in awe at what this team has been able to accomplish in three short months. I have however, been in doubt that they will be able to win it all.

Cam Reddish, RJ Barrett, and Zion Williamson are the big three and all are projected to be picked in the top five of the NBA draft. Zion gets all the attention. Barrett gets his fair share and his numbers speak for themself but what about Reddish? Since day one the attention and focus on Williamson has overshadowed the others. My doubt has always been surrounded by thinking that one of them will try to upstage the others when the big games are on the line.

So the true question is what will the injury to Zion do for the Blue Devils moving forward? As long as Williamson stays on the sideline it will come down to what Duke can do without him. If Duke can find a way to win my fear of Reddish or Barrett taking control when the game is on the big stage may become even more of a factor. As long as they believe that they don’t truly need him and they see their numbers declining upon his return then the fear of this curse comes to life as Duke gets bounced.

The opposite may have the same effect however. Duke is 1-2 without Williamson and the more the team struggles the more they may realize how important Zion is to this team. His consistency is what is needed and if that is realized then this injury no matter how many L’s they end up taking may be the biggest factor in Duke winning a National Championship.

Nothing is known for certain but the results of the future will remain in the hands of Reddish and Barrett will they allow this injury to be a curse or can it become a blessing in disguise bringing Duke their sixth National Championship.

One thought on “Is Duke’s Zion Williamson’s Injury a Curse or a Blessing in Disguise?”