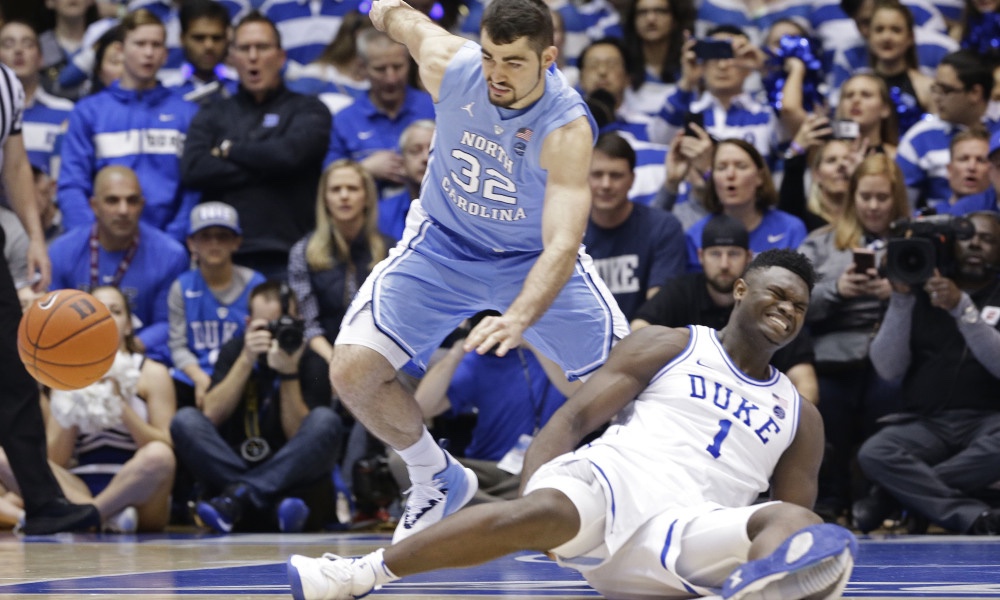 North Carolina picked up its biggest win of the season at Durham, defeating rival Duke 88-72. Behind Luke Mayes 30 points, UNC dominated the paint to pick up a dominant win.

The game started with projected #1 pick Zion Williamson running through his shoe and leaving the game with a knee injury. After Zion went to the locker room, UNC started the game off hot, picking up an early 10-3 lead. A 6-0 run for the Tar Heels gave them a 13 point advantage with just under 6 to play in the first. Duke got the game within 5, but another Carolina run gave it a 10 point lead going into the break.

Carolina came out of the gates hot once again, starting the half on a 17-5 run to stretch its lead to 22. The Tar Heels maintained a double digit lead throughout the second half.

Aside from Williamson going down early, the story of this one was UNC’s domination in the paint. Carolina scored 64 of its 88 in the paint, with forwards Maye and Garrison Brooks combined for 44 points. Without Williamson, Duke was unable to defend the paint as well as with Zion healthy, allowing UNC to penetrate the hoop with ease.

In addition to Mayes 30, he brought down 15 rebounds for a monster double double. Cameron Johnson added 24 despite having to leave the game briefly with an ankle injury.

The Blue Devils only shot 34% from the field, and only managed to knock down 8 threes in 32 attempts. As for Carolina, despite going 2-20 from three, the Heels shot over 50% from the floor.

Two of Dukes big three, RJ Barrett and Cam Reddish, combined for 60 points, shooting a combined 47% from the field. Barrett, with 33 points, added 13 rebounds for a double double.

Duke dropped a tough game, as it was the favorite going into the home matchup versus its rival. The Blue Devils hold their breath as news awaits on Zions knee heading into Syracuse for College Gameday. Carolina, now tied for first in the ACC with Duke and Virginia, heads back to Chapel Hill ahead of a top 20 matchup with Florida State on Saturday.