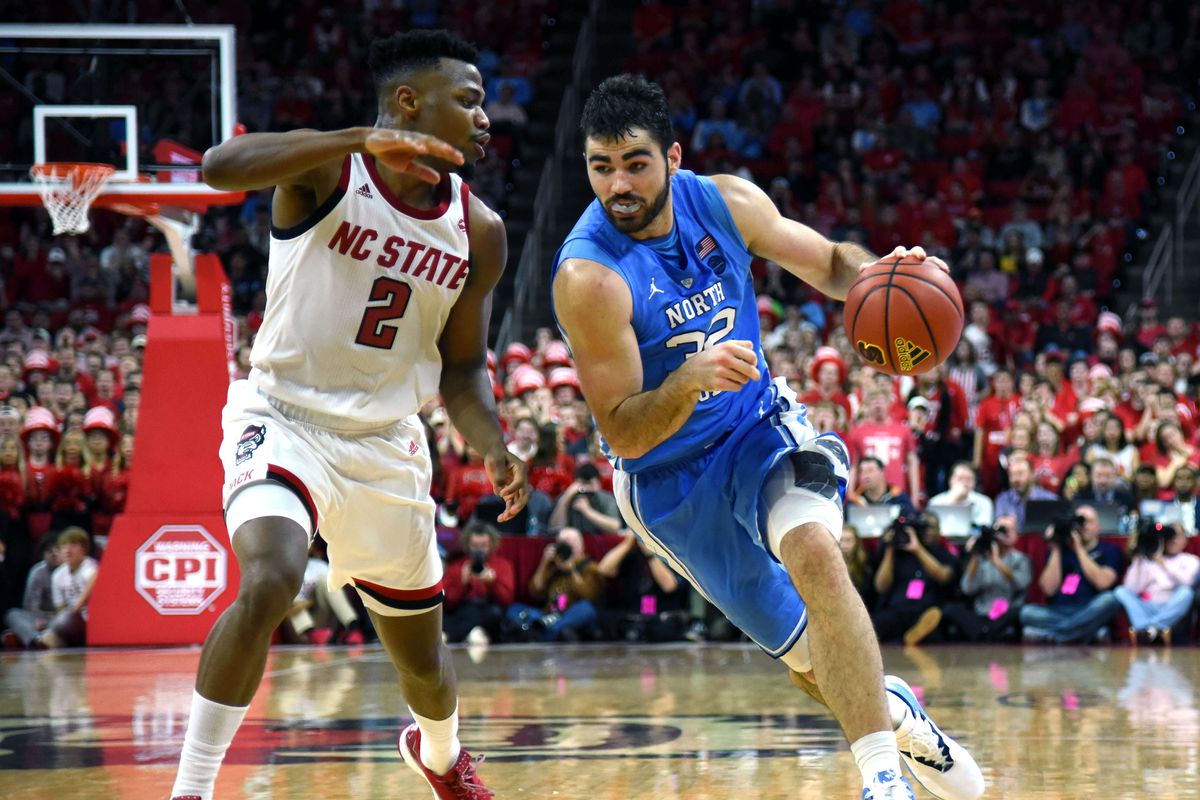 North Carolina defeated in state rival NC State, 90-82, behind Luke Maye’s double-double. The Tar Heels were tested late, but went on a 9-0 run late in the second half to secure the win.

North Carolina started the game off strong, going on a 12-0 run to begin the contest. The Tar Heels were in control from there on, holding a lead for all but 39 seconds of the entire game.

With 10:03 remaining, the game was within a point in UNC’s favor. Roy Williams’ squad stepped up, holding the Wolfpack scoreless for close to 5 minutes in the midst of a 9-0 run that put the game away. NC State got as close as 5 with under two minutes, but clutch free throw shooting sealed the deal for North Carolina.

The Tar Heels we led by Senior Luke Maye, who had a phenomenal game. He brought down 11 boards as well as scoring 21 points. He was not alone, though, as the entire UNC starting lineup ended in double figures.

NC State received 21 points off the pine from Braxton Beverley, who also added 4 assists, both team leading. Torin Dorn scored 14 and had 10 rebounds.

Despite speculation, UNC was able to take down NC State on the road. Despite Vegas odds (-1.5 NC State), UNC proved that the road test was no match for Luke Maye and the rest of the fast paced Tar Heel lineup.

UNC improves to 12-3 and will take the short trip back to Chapel Hill, where it will face off with surging Louisville on Saturday. NC State falls to 13-2, but have a very winnable game Saturday at home versus Pitt.