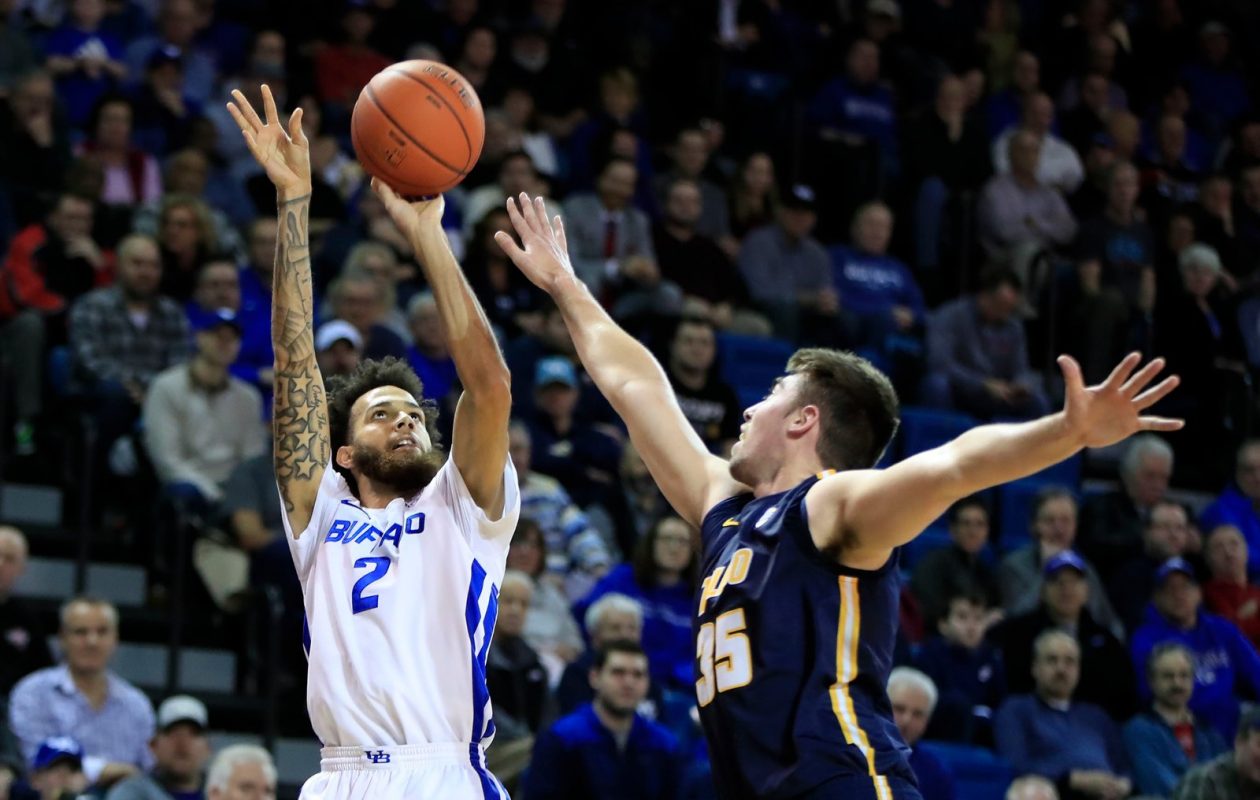 Yepp, upstate New York is now not only Syracuse, but the University at Buffalo as well.

The Bulls had control of the game from the tip-off, exploding to an early 18-4 lead.  Toledo tried climbing back in, at one point getting it down to 25-16, but the Bulls held on tight for the rest of the half, going in to the break up 13.

Buffalo really showed no mercy at all in the second half, going up 80-54 with only 10 minutes left to play.  And it didn’t stop there.  The Bulls tied their highest scoring outburst of the season, eventually winning 110-80.

Jeremy Harris led the way for Buffalo this time around, connecting on six threes and scoring 34 points, along with 7 rebounds and 5 assists.  Other standouts were CJ Massinburg (17 points, 7 rebounds, 7 assists), Nick Perkins (21 points, 6 rebounds), and Jayvon Graves (13 points, 12 rebounds).

As a team, the Bulls made 15 threes at a 50% clip and shot just short of 52% from the entire field.  They also passed the ball stupendous, coming away with 25 assists, and defensively were all over Toledo, with 13 steals.

Up next for Buffalo is a game against Miami (Ohio) on January 12th at Noon ET.  The game can be followed along at CBSSN.