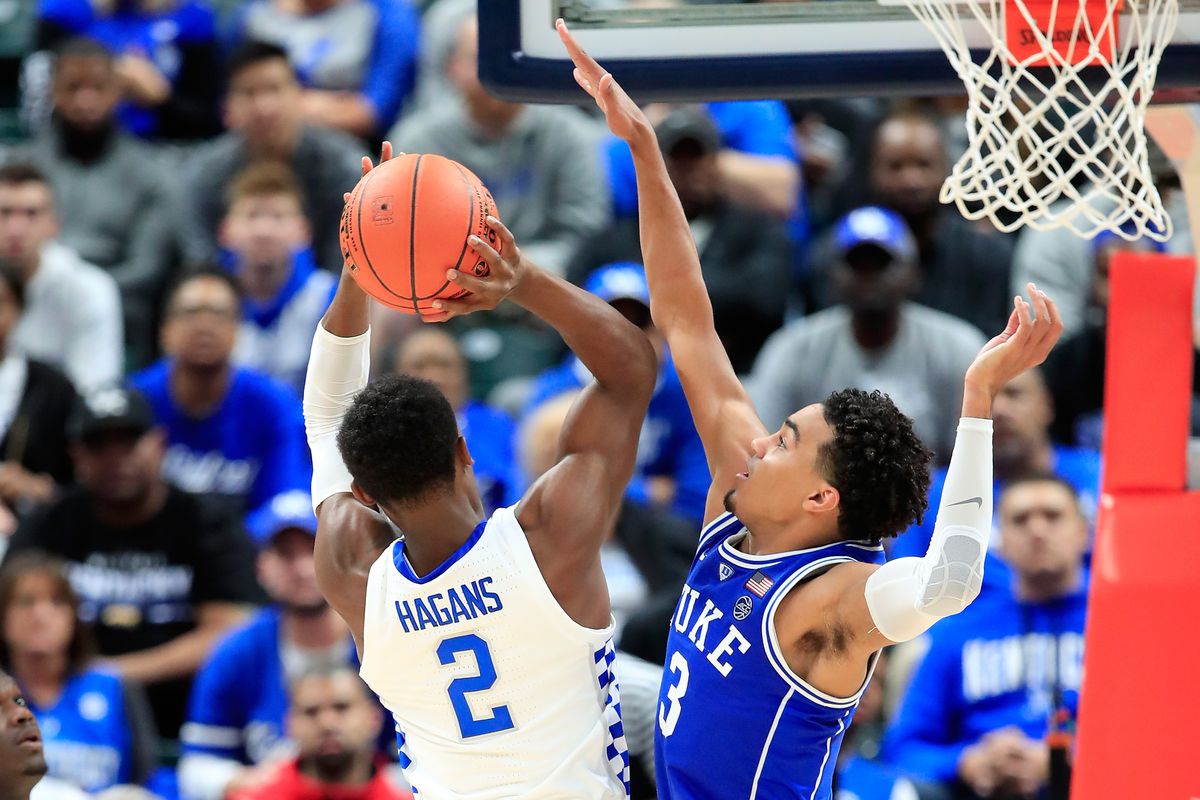 Duke proved all the haters wrong last night, defeating fellow blue blood Kentucky, 118-84. Behind RJ Barrett’s 33 points, Duke was able to outscore the Wildcats by 17 each half to claim the victory.

Duke jumped out on John Calipari’s squad early with a Tre Jones three, and held the lead for the remaining 39:30. In the second half, Duke never led by less than 17.

It was a dominate win for Coach K and co, but more importantly, it was a statement win. Barrett, Zion Williamson, and Cam Reddish each showed they are capable of competing and performing at the next level, posting at least 20 apiece. Junior forward Jack White also proved he is capable of getting some serious minutes, as he was one point away from a double double with 9 points and 11 boards.

The Wildcats did not have an easy offensive day. They only shot 44% from the field and an abysmal 25% from behind the arc. Their leading scorer was Keldon Johnson with 23, while two of their top guard recruits in Immanuel Quickley and Ashton Hagans put up a disappointing total of 8.

Not only did Duke prove their offense is up to par with past teams and the rest of college basketball, but they also showed that their defense has improved since last season. Coach K’s zone only allowed 84 points to an offensive power house in a fast paced game, as well as forcing the Wildcats to miss 14 shots in the paint.

Duke comes off this impressive win to take on an easier task in Army, the Blue Devils first home game of the year. The Wildcats return to Lexington to try to get back to .500 when they face Southern Illinois, an assumed much needed win for Kentucky.