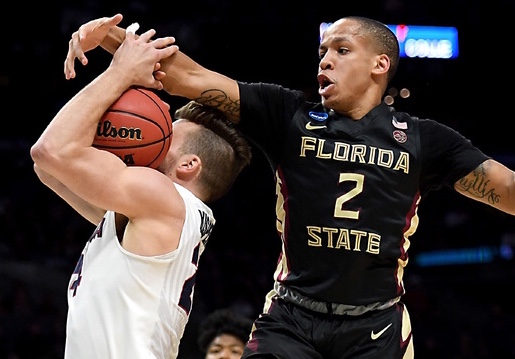 Florida State pulled off their third consecutive upset last night, defeating fourth seeded Gonzaga, 75-60, to advance to the elite eight. The Seminoles caught fire at the end of the first half, going into the break with a 9 point on the coattails of an 11-1 run.

Florida State was in control the whole way in this game. The largest deficit they faced was three, when Gonzaga led 26-23 midway through the first half. Gonzaga cut it to five with 5:22 to play, but that’s as close as they would get. The Bulldogs would only score six points in the rest of the game, while Florida State pilled on their lead by adding on 16.

It was a spread out attack that lead FSU to a win. Although only one player, Terrance Mann (18 points), scored in double figures, five others tallied over 7 points and five different reserves played valuable minutes off the bench. Gonzaga was led by Rui Hachimura who scored 16.

Florida State will now look to continue their road of upsets and attempt to beat their hottest opponent of the tournament—a Michigan team coming off a conference tournament championship and big wins over Houston and Texas A&M. The two teams square off Saturday in the elite eight.

Gonzaga heads back to Washington to begin preparing for yet another WCC championship and a trip to the big dance.