Michigan puts up 52 in first half, demolish Texas A&M to move into the Elite Eight. 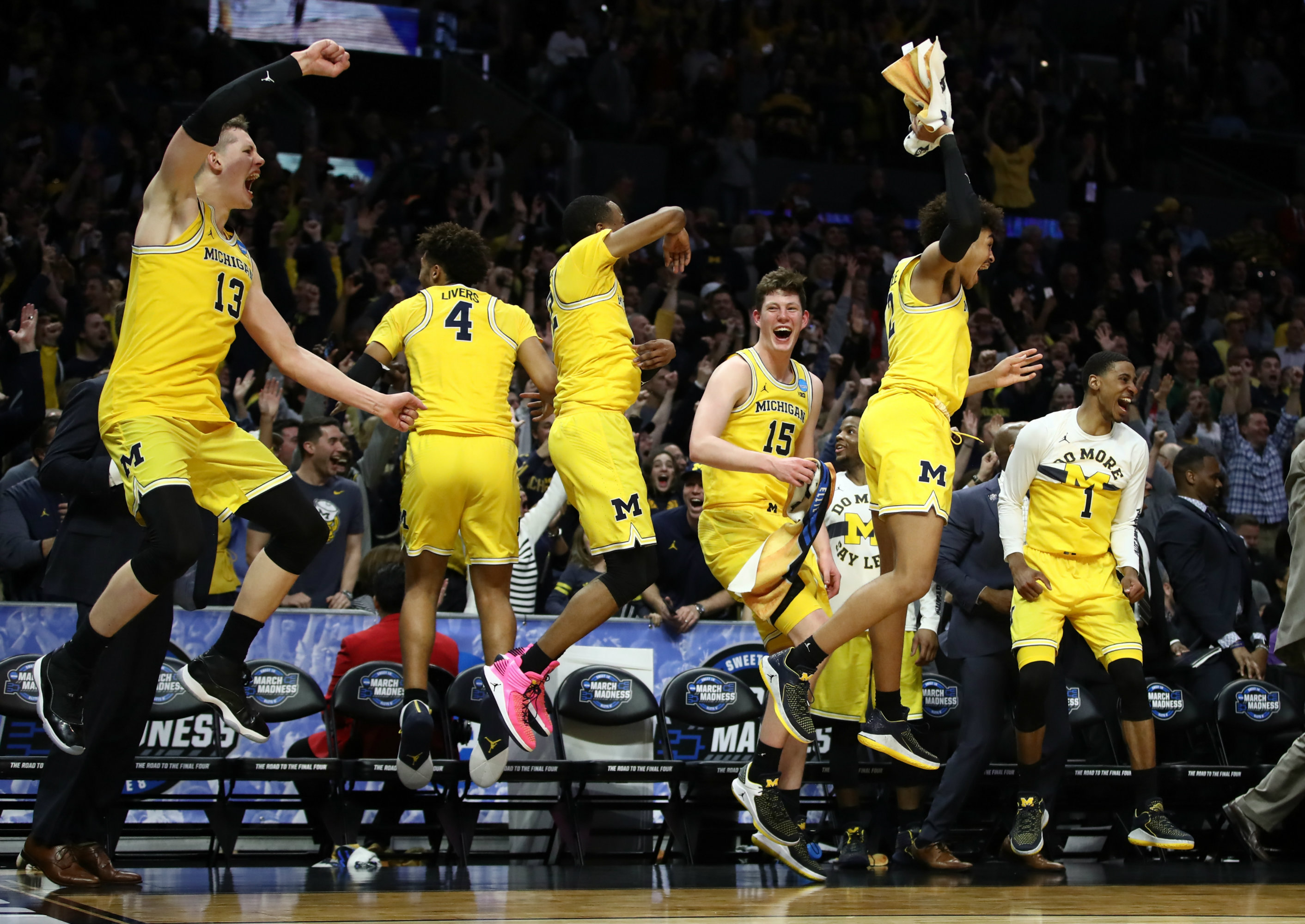 This tourney is absolutely nuts…

The Wolverines almost put up triple digits against the Aggies to continue their dominant run in March. Michigan had two players score 20-plus as the Wolverines out played the Aggies, who looked like a middle school team. The combination of stellar defense and a hot touch from downtown proved to the country that Michigan may be the most dangerous team from the Big Ten. A team that has always performed well in the tournament, coach John Beilein continues to lead his squad through the West Region.

Michigan’s frustrating defense held Texas A&M star, TJ Starks to shoot 2-11 from the field and just 5 points in a disappointing showing from all players on Texas A&M. The Aggies shot 3-15, YES, 3-15, from behind the arc.

Michigan, on the other hand, went 14-24 from downtown. That is 42 points just from behind the arc, more than half of what Texas A&M had in the entire game.

Michigan will play Florida State in the Elite Eight with a shot to return to the Final Four for the first time since 2013.