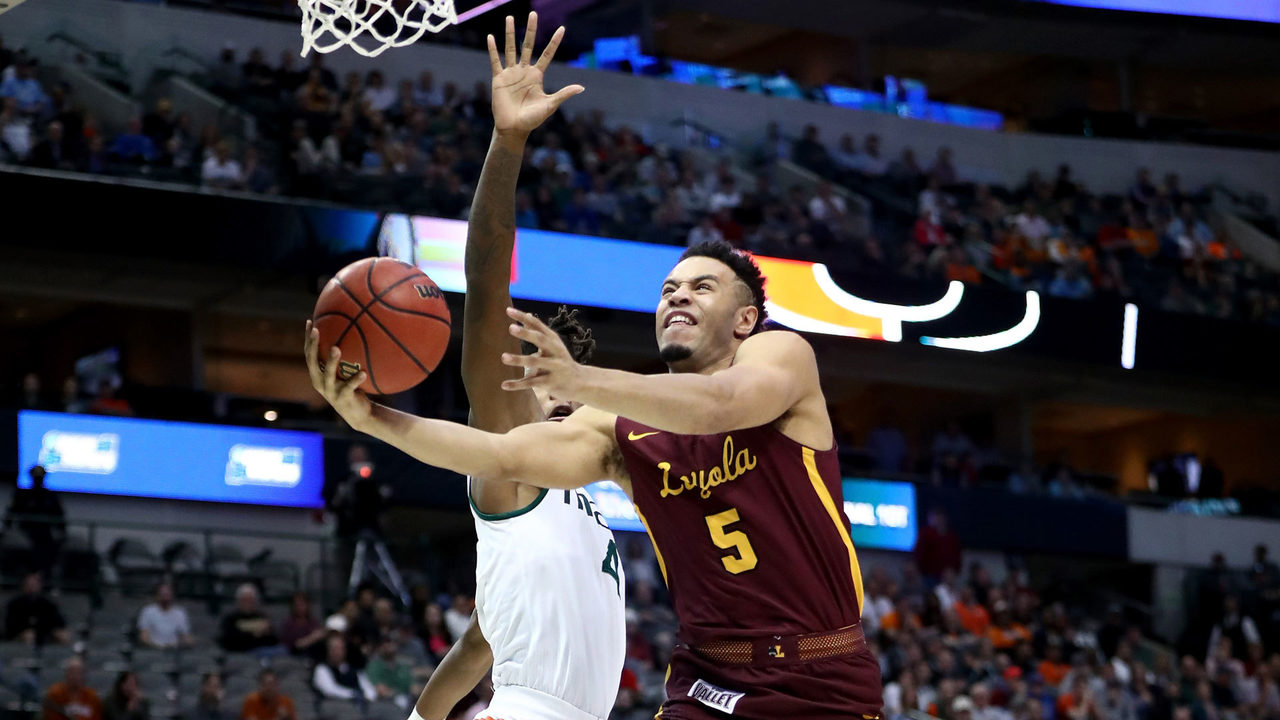 Loyola-Chicago, the 11 seed, upset 6th seeded Miami, 64-62 on a dagger from Donte Ingram just inside half court. LUC played Miami close the whole game and took advantage of Lonnie Walker’s missed free throws with eight seconds left by coming down the floor and hitting a deep three with .3 ticks left on the clock.

The Ramblers scored 5 unanswered points to tie the game at 60 with 1:17 left to play, but Miami quickly hit a jumper to put them on top. After a Loyola freethrow, Lonnie Walker was fouled to earn a trip to the line with just 9 seconds left. After Walker missed the front end of a one and one, LUC rushed down the court and Donte Ingram hit a miracle three with .3 seconds left.

This. Is. March. The Ramblers never led this one in the second half until Ingram hit his highlight reel shot from the logo. Many expected Loyola to win this game, but an 11 over a 6 is a significant upset. Especially since Miami has a 79% chance of winning with 9 seconds left.

Both teams saw contributions from all players. Miami and Loyola put four scorers each into double figures. Donte Ingram will be the one remembered for the game, but Clayton Cluster was also a big lift for the Ramblers, scoring 14 points and adding on 4 rebounds. Lonnie Walker IV led the way for the Canes, putting up 12.

For Loyola-Chicago, they face a three seeded Tennessee team coming off a dominate 73-47 win. The Ramblers will look to continue their hopeful Cinderella run with an even more impressive upset on Saturday. As for Miami, this season will not go into any record book, but it still was a solid season for a program on the rise.