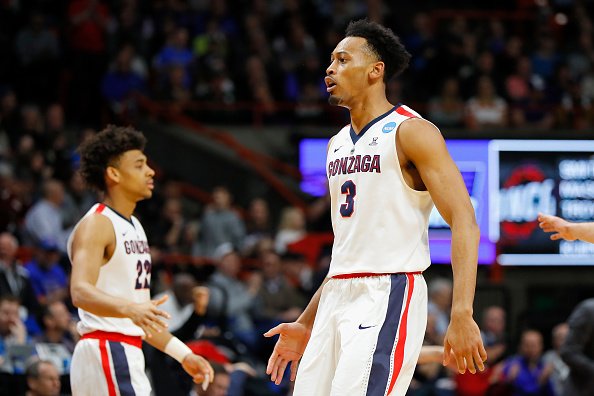 As the first round of March Madness progresses, Gonzaga took care of UNC Greensboro 68-64, making it their 10th win in the opening-round NCAA Tournament in Boise, Idaho.

Gonzaga’s top forward, Johnathan Williams, had 13 rebounds and a game high of 19 points. Senior Williams went just 3 of 9 from the free-throw line 34 minutes into the game. The Bulldogs shot just 5 of 23 from the 3-point line yet were able to regain the lead at halftime by being up 9 points. F. Alonso and D. Troy both scored 16 points towards UNC Greensboro.

Gonzaga made only 13 of 25 attempts. UNCG forward, James Dickey, had a double-double with 11 rebounds and 10 points. Josh Perkins also scored 16 points for Gonzaga and tied the game after Greensboro’s F. Alonso forced up a miss. F. Alonso got called for an offensive foul on the next possession but Gonzaga’s R. Hachimura missed a pair of free throws. UNC Greensboro struggled from long rage, going 3 of 22, but then grabbed a 41-37 edge in rebounds. They had 13 offensive rebounds yet converted them into 2 second-chance points. The key play of the victory was Z. Norvell Jr.’s 3 pointer with 23 seconds left in the game, which broke the tie and gave Gonzaga their fifth-straight point that let them survive UNC Greensboro’s upset bid in the NCAA Tournament. Gonzaga, in its 20th straight NCAA tournament, won its 10th straight game of March Madness, though that is not the mission for the Spartans. They made the national title game last season and came into March playing well enough to make another run. After a missed free throw for Gonzaga, UNC Greensboro had the chance to extend the lead, but Demetrius couldn’t connect on an alley-oop pass to Smith. That turnover, UNC Greensboro’s 13th of the game, led to the Perkins basket, and Gonzaga finished the game scoring the final 6 points.