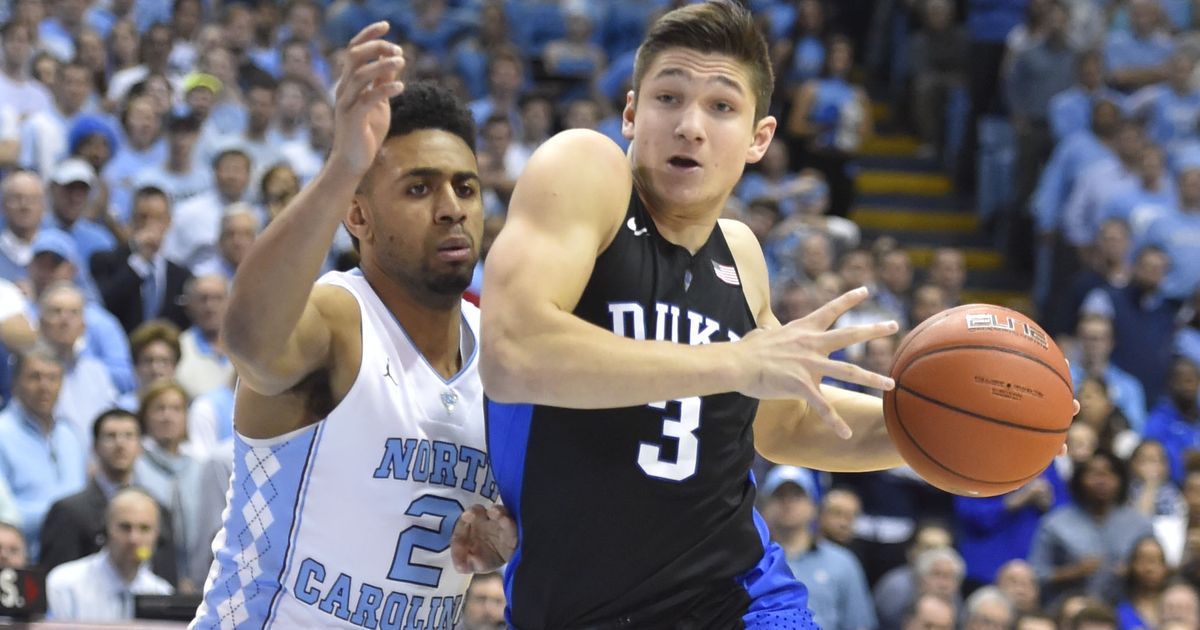 In light of the matchup Thursday, it’s quite fitting to take a look at the rivalry that is quite unlike any other. This is no Red Sox-Yankees, Steelers-Ravens, or Lakers-Knicks. This rivalry started on January 24, 1920 in Durham, North Carolina, just ten miles across Tobacco Road from the visiting team’s campus. A game that ended in a 36-25 shootout. A game that ignited a rivalry that has lasted for decades and will remain for decades to come. The rivalry of Duke University and the University of North Carolina.

The two powerhouse basketball programs have met a total of 245 times, resulting in a 135-110 lead favoring the Tar Heels. Despite never meeting in the big dance, the two teams have faced 21 times in the ACC tournament with Duke holding the edge 13-8. But there are many rivalries in college basketball between storied teams. Ohio State and Michigan, St. John’s and Georgetown, even North Carolina and NC State. So what makes the rivalry of these two programs so famous and competitive?

For starters, both programs are historically good. UNC has won a total of six national championships, while Duke holds five. Since 1996, there has not been a matchup where Duke has been unranked, and since 2014, both teams have not been out of the top 20 when they matched up.

Part of the disdain the schools give each other is due to the fact they are so close together. Just 10 miles and historic Tobacco Road separate the two school’s campuses. Close proximity leads to packed stands filled with energized fans from both sides screaming for their teams to trump their opponent. Every game of the rivalry since 1974 at Cameron Indoor has been sold out, and since 1997, every game hosted by UNC has been sold out.

Both schools are highly respected academically. Duke and UNC are two of the most prestigious colleges a student can attend in the country. However, they are quite different as well. North Carolina, being a public school, has a 26% acceptance rate, with a 52% in state acceptance. As for Duke, they accept 9% of applicants with no need to accept extra in state students.

Proving their school is better than the other, not just on the hardwood, is a goal most students would like to achieve. It is difficult proving that academically, as both schools set their students up for success after graduation. This leads the discussion towards athletics, and because basketball is the sport both schools thrive in, the rivalry grows.

No matter who is coaching, who is playing, or what their records are, the games always feature close scores, physicality, and determination no other matchup in sports features. After number 3 Duke defeated unranked UNC 69-53 in Chapel Hill on March 9, 2013, no game has been decided by 15 points or more. In fact, after the loss, the Tar Heels came right back the next year unranked to beat their number five ranked rivals by eight. In 245 meetings, a whopping 18 games have been continued in overtime.

This storied rivalry is not going away anytime soon. Since 2010, Duke has held the edge 13-5, bringing the all time record even closer. This season, the matchups feature developed upperclassmen Joel Berry and Luke Maye versus talented freshman Marvin Bagley, Wendell Carter, and co. The first game, which takes place on Thursday, February 8th, will be held in Chapel Hill where both teams are in need of a signature win to get them back on track.

No matter the outcome of tomorrow’s game, March 3rd’s game, or any game in the future, the rivalry will continue to grow and the hatred both teams have for each other will remain. Their rivalry is unlike any other, and will remain that way for years to come.

2 thoughts on “Duke and UNC—The Best Rivalry in Sports”