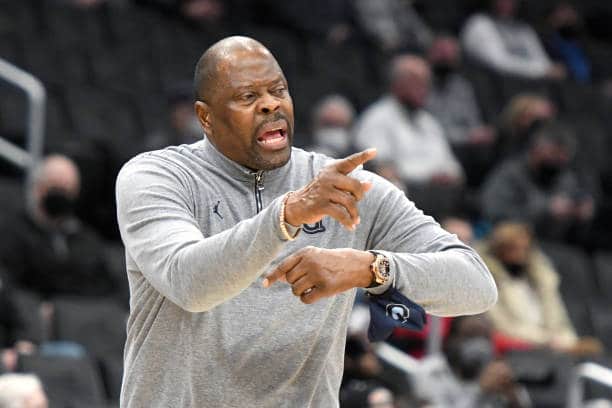 Matchup of the week: Xavier vs. UConn

Sneaky good matchup of the week: St. John’s vs. Creighton

Is Marquette the best team in Big East basketball? I’m tempted to say no, but there’s no denying they’re the hottest. The Golden Eagles have yet to lose two games in a row this season and all five losses have come to teams either in the NCAA Tournament as of now, or at least on the bubble.

Providence lost a second straight game, falling at Marquette by eight points. No one should really bat an eye at that either, considering Ed Cooley’s bunch won at home against the Golden Eagles earlier in the year. Plus, the Friars can claim one thing that Xavier can’t, which is that at least they didn’t lose to DePaul.

Xavier had the most head-scratching loss of the Big East season, falling at DePaul by a point. That’s a modern-day basketball version of David vs. Goliath, proving that no team is safe. The Musketeers answered back with a win against Georgetown, but all eyes are on this week with road tests at UConn and Creighton.

There’s only one game on UConn’s schedule this week, and it’s a ranked Xavier team coming to town. The Huskies must feel good about destroying Butler because leading up to that game, they had lost five of six, with the last one coming to a Seton Hall team hovering above .500. Of course, a win on Wednesday against the Musketeers should put UConn right back in the conversation of a top-four seed in March Madness.

Creighton took care of business, easing past Butler by 21 in what was really an awful week for the Bulldogs. But for the Bluejays, it just keeps getting better. Creighton is now two games over .500 and certainly pushing back toward the top of the conference. But don’t get it twisted – half of Creighton’s eight Big East games so far have been against teams that wouldn’t be in the tournament if the season ended today. It’s going to be a tough schedule the rest of the way as games start to mean more.

Seton Hall added a signature win to a resume that is slowly becoming much better than you might believe. The Pirates now have two wins over tournament locks, and two more over bubble teams. The 21-point loss to Marquette might not sit well with the South Orange faithful, but going 1-1 with that brutal schedule last week is really all you can ask for.

It’s been a nightmare season for Villanova, but after defeating St. John’s, it can at least calm down the angry Wildcats fans out there. And trust me, with Cam Whitmore and Eric Dixon combining to go 3-for-20 from the field, there are a lot of those fans. Just somehow, St. John’s found a way to shoot worse.

What a world we are now living in where losing to Villanova is considered a bad loss. But that’s just what happened last week as the Red Storm couldn’t even find a way to score 50 points against he Wildcats. The only reason St. John’s didn’t drop much more is because the rest of the conference is just that bad.

DePaul managed to make history on opposite sides of the spectrum in a span of a week.

On Jan. 18, the Blue Demons absolutely took it to Xavier, coming up with one of the biggest upsets in power conference college basketball this season.

Then, on Jan. 24, not even a week later, DePaul fell to Georgetown, giving the Hoyas their first Big East basketball win in nearly 700 days.

Yet somehow, I’m going to bump DePaul up in the rankings just for the sheer fact of beating Xavier. That ain’t easy, so I guess I’m willing to let the Georgetown loss slide… somewhat?

It’s time to celebrate in Washington D.C. The wait is finally over, as Georgetown has yet again won a Big East game. It felt like it might never happen, but the Hoyas edged out DePaul at home, attempting 41 free throws in the win.

Can they keep the streak alive at St. John’s on Sunday?

Butler doesn’t have any atrocious losses, but last week, they lost by a combined 51 points. I understand it was to Creighton and UConn, who are two of the better teams in the Big East. But that’s just not a good week, no matter which way you try and spin it.

I’m just trying to figure out how they beat Kansas State?