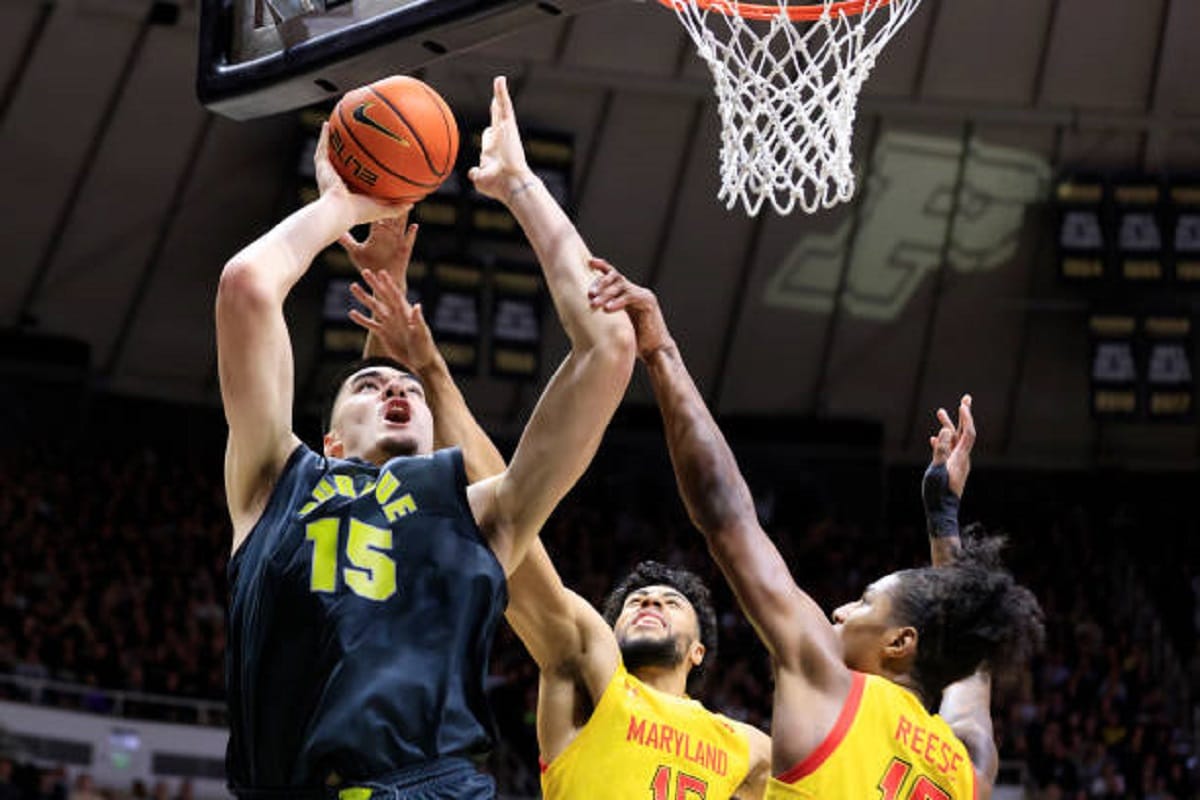 Joe Jackson and Ethan Carbone combine to give their Big Ten basketball power rankings for week 12.

Matchup of the week: Michigan State vs. Purdue

Sneaky good matchup of the week: Ohio State vs. Indiana

Purdue got back to #1 in our rankings after picking up two more wins this week. Purdue is off to their best start in school history at 19-1, and they have arguably the best resume in the country.

Although the offense has been the focal point for this team in recent history, the defense is what carried Purdue these past two games. They only allowed 12 first-half points to Minnesota, who finished the game with 39. They followed that up by allowing only 55 to Maryland on a night both offenses were not great.

Zach Edey continued his NPOY campaign with a 24-point and 16-rebound effort against Maryland.

Rutgers lost their only game of the week, losing to Michigan State in a game that felt like it was a must-win for MSU. The Spartans hit some tougher shots, and when that happens, Rutgers does not have the offense to be able to counter. They get two interesting matchups this week against Penn State and Iowa.

This is the Big Ten this season. Two weeks ago, IU looked dead in the water after dropping three straight. Now after three straight double-digit wins, Indiana finds itself in the upper half of the conference standings. The Big Ten has had a revolving door of teams near the top in our rankings, dependent on what team went 2-0 the week before. With so much mess in the middle of the Big Ten, Indiana has shown the past three games to be a step above.

Trayce Jackson-Davis has been dominant, including a 35-point, 9-rebound, 5-assist, and 3-block performance over Illinois.

After looking like early-season Illinois, they hit a road bump against Indiana. Illinois had no answer for Indiana, specifically TJD, inside. Illinois still has put itself in the middle of the Big Ten, and they have one of the higher upsides in the conference.

MSU got a much-needed win against Rutgers at home. They followed that up with a loss to Indiana in which they were in the game for quite a while. Michigan State has shown they can put it together, but they have not been able to separate itself from the rest of the pack in the Big Ten Basketball Power Rankings.

Iowa had their game against Northwestern postponed until January 31st, so they only played one game. They lost at Ohio State by 16, a game Ohio State needed desperately. Iowa has two games this week that could be major wins in the Big Ten going forward.

Michigan had far from a positive week, losing at Maryland and then barely getting a win over Minnesota. The #1 concern right now is how serious or not of an injury Jett Howard sustained in the Minnesota game. I still think this team has a top half of the Big Ten upsides, but they need to start playing like it more consistently.

Northwestern had to postpone two games this week due to COVID. They were able to make up the Wisconsin game on Monday, a game they were able to pull out the win in. Northwestern has really positioned itself to have a chance at making the tournament, and that is all Wildcat fans can really ask for towards the end of January.

Wisconsin won a game by 3 and then lost a game by 3. They have now lost four of their last five games. They will have only a day of rest before taking on Maryland on Wednesday.

Penn State continues to struggle on the road while dominating at home. They have not lost a true home game since December 7th. They were almost able to get a win at Wisconsin but were not quite able to get enough shots to fall. They may have fallen in the rankings, but Penn State is a team no one wants to have to game plan for.

Ohio State had another bad loss, losing at Nebraska in another very close game. They were able to get back on track against Iowa, winning by 16. Ohio State depends on shooting a high percentage at the rim, and Iowa was the first game they were able to do that since beating Northwestern on January 1st.

Maryland had two close games this week, getting a loss and a win this week. They were able to hold on at home against Minnesota before pushing Purdue to the brink at Mackey Arena. Julian Reese had a great game against Purdue, and the zone gave Purdue some fits.

Nebraska was able to get an important win against Ohio State. This team is not the most talented, but they have shown that they can be feisty and are going to fight in every game.

Minnesota had the worst offensive performance in all of the Big Ten this season, scoring only 39 points against Purdue. They followed it up with a close loss at Michigan. There is some individual talent on this team that can cause team issues when they are all on, but this is definitely a rebuilding season for the Golden Gophers.