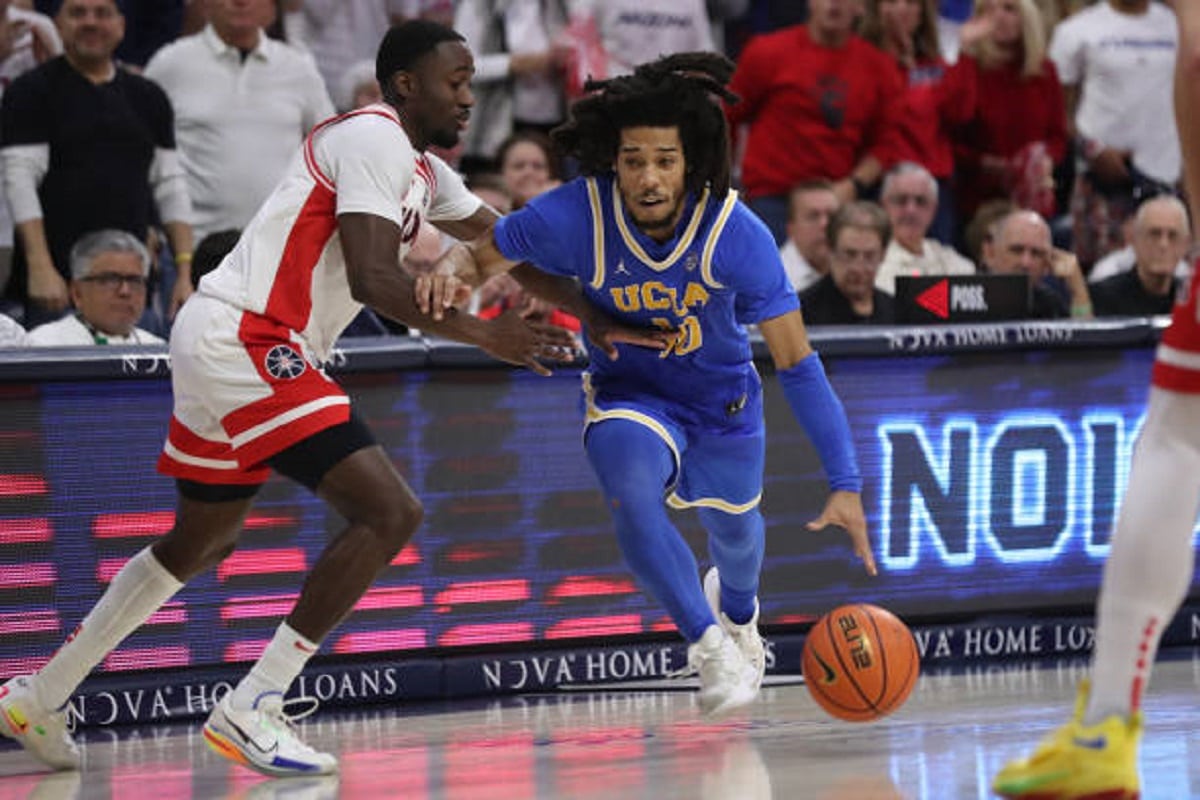 Joe Jackson gives his Pac-12 basketball power rankings for week 12 of the season.

Matchup of the week: UCLA vs. USC

Sneaky good matchup of the week: Utah vs Colorado

UCLA took their first loss in Pac-12 basketball play. After beating Arizona State by 12, they lost the highly anticipated matchup with Arizona by six. Shots could not fall at all for them as they scored a season low 52 points. They still have a 2 game lead over 2nd place in the Pac-12, but a win at Arizona would have given them a ton of breathing room within the standings.

Arizona got the best win of the week, knocking off UCLA at home. It was their best defensive game of the year, and it came exactly when the Wildcats needed it most. Arizona has some very quality wins, but they also have a couple head scratching losses. Without a doubt, Arizona is one of the best in the country when they are playing at a high level.

Arizona State lost both home games this week to UCLA and USC. They still have been one of the better teams in the conference, but getting at least one of those wins would have done a lot for potential tourney hopes and seeding. Now they have to bounce back by going to both Washington schools.

USC might be finally starting to get it all together as they have won three of their past four. Although they lost at Arizona this past week, winning at Arizona State is a solid win, one that almost bumped them up to number 3 in my rankings. A win over UCLA this week would do that without a doubt.

Utah was able to get back on track by knocking off Washington State and Washington handedly. They currently sit at 7-3 in Pac-12 basketball play. Aside from losing to Oregon at home, they have beaten everyone they were supposed to beat and lost games they were supposed to lose. They have another two weeks of easier scheduling before getting a tougher close. Winning these two upcoming games will be important for keeping Utah in the upper part of the Pac-12.

Oregon continues to be one of the more confusing teams. I said it last week, and I’ll say it again. They beat California by 29 before losing to Stanford. They struggle shooting from the perimeter, and it has definitely hurt them. This is a team that has not won two games in the same week in over a month, a testament to their ups and downs.

Colorado being ranked seven is more of an indictment on the rest of the Pac-12 rather than Colorado themselves. They lost at home to Washington before beating Washington State by three. The offense has struggled a lot, and points have been hard to come by.

Washington State is the fourth unluckiest team in the country per Kenpom, and that showed as they suffered another close loss. This will be an important week for the Cougars as they have two games that they could lose which would put them on a four game losing streak.

Washington split the Colorado/Utah trip. After starting 1-5 in Pac-12 basketball play, they have bounced back to a respectable 4-6 record although there have been a could close calls in there.

Stanford has been the unluckiest team all season per Kenpom, so maybe they were due for a performance like last week. They knocked off both Oregon schools, getting their first two Pac-12 victories of the season. These wins helped guarantee them from not falling even lower in the Pac-12 basketball standings. They have their easiest week of the season coming up, so a loss would be very bad for their outlook in the Pac-12.

Oregon State was able to get a win against California, the bottom two teams in the Pac-12. With a win over California but a loss to Stanford, their place at the 2nd worst in the Pac-12 has become very sturdy.

California has come back down to earth after losing to Oregon and Oregon State by 20+ points each, securing their spot even more at the bottom of the Pac-12.