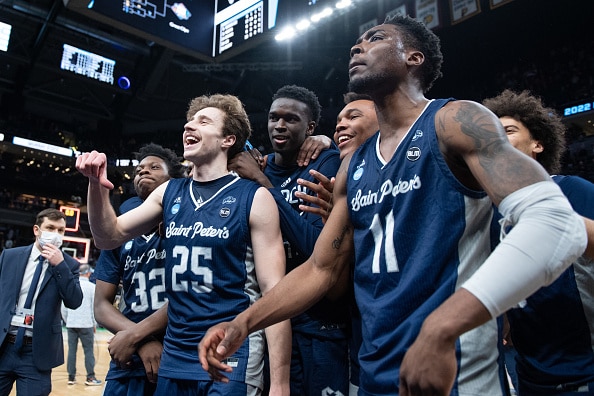 Should the NCAA Tournament expand to 100 teams? ChatGBT weighs in.

There have been two stories surrounding the news recently, one in the college basketball world and one in the digital world. On January 3rd, the NCAA transformation committee suggested expanding NCAA tournaments by 25%, which would get us to nearly a 100-team tournament. This was met with a lot of feedback, both good and bad from fans of the sport.

ChatGBT recently gained a lot of attention for it’s quick responses to questions asked by a user. Whether that was assisting with articles and papers for school and work, helping with programming, or even coming up with a quick joke, the AI software has become extremely popular and used frequently.

I decided to combine the two. We all have our own pros and cons list about a potential NCAA Tournament expansion but read below what the AI had to say and help generate your overall opinion based on that.

More opportunities for teams: Expanding the tournament would give more teams the opportunity to participate in the tournament, including smaller schools and teams from less-powerful conferences.

More excitement and upsets: With more teams participating in the tournament, there would be a greater chance of upsets and Cinderella stories.

In conclusion, expanding the March Madness tournament to include 100 teams would likely bring in more revenue and create more opportunities for teams, but it could also lead to a reduction in the overall quality of play and the importance of the regular season. It’s a complex issue that the NCAA will need to consider when weighing the potential pros and cons of expanding the tournament to 100 teams.

What are your thoughts? Leave a comment below and make sure to subscribe to the site to receive college basketball articles from CBB Review.