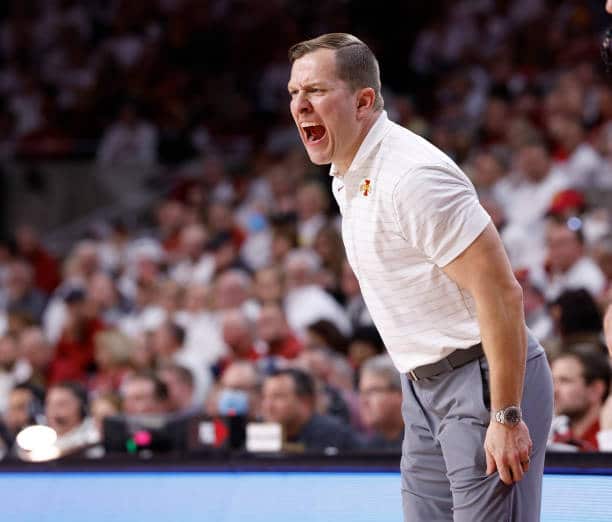 The Big East-Big 12 Battle heads into its fourth year, with the Big East leading with an all-time series record of 1-0-2. Last year, the conferences tied 5-5, the second time in a row that happened.

This year’s battle pits every Big 12 team against every Big East team (minus DePaul).

Game of the Week: Creighton vs. Texas

Baylor comes into this game having already played two ranked opponents, splitting against Virginia and UCLA in the Continental Tire Main Event. Scott Drew’s Bears have usually been very strong on defense, and that’s no different this season. However, the Bears have been exceptional on offense, averaging 91.2 points and 21.7 assists per game – both top-ten marks in the country.

Marquette has also passed the ball well early on, currently 12th in the nation in assists per game. The Golden Eagles have struggled as a team from the outside, at a 31.8% clip. Against Georgia Tech, they showed promise going 9-of-23 from downtown. Kameron Jones has taken a major leap forward, scoring the ball at an efficient rate.

Jerome Tang seems to have something going at Kansas State! The Wildcats are a perfect 6-0 and a big reason why is their ability to knock down three-point shots. As a team, Kansas State is hitting 37.7% of threes. They have had a bit of a turnover problem, coughing it up 16 times per game. We also weren’t sure what to expect out of Keyontae Johnson, who hadn’t played actual minutes in a college game since December 2020. Johnson has been outstanding, making for a legitimate 1-2 punch with Markquis Nowell.

The Thad Matta effect hasn’t been what Butler fans dreamed of to start. The Bulldogs are 4-3 and were handled by Tennessee and NC State. They did pick up a nice win over BYU and went toe-to-toe with Penn State, so it gives reason to think they could get a win over Kansas State. But for that to happen, someone out of their top five scorers has to step up. There’s a big drop-off from Simas Lukosius (11.1 PPG) to Pierce Thomas (3.7 PPG).

Georgetown comes into the Big East-Big 12 Battle struggling mightily. In seven games, the Hoyas have already somehow lost to Loyola Marymount and American, plus another to Northwestern. Defensively, the Hoyas are best under the basket, where Qudus Wahab anchors a very tough paint defense. However, it’s a team without a quality win and going against a Red Raiders squad hungry to get back up after a few tough losses. Of course, it’s also not helping the Hoyas that Dante Harris, one of their best players, is away due to personal reasons.

Texas Tech can certainly with Georgetown and Harris, as right before the season began, it was announced that starting center Fardaws Aimaq would be out until February. Daniel Batcho has played very well, averaging 11.7 points and 6.9 rebounds in place of Aimaq, but it’s clear the Red Raiders are without one of their top pieces. Even then, Mark Adams’ squad is still elite on defense and showed fight in a close loss to Ohio State.

Even post-Nate Watson, the Friars are still a team that tries to get as many points near the bucket as possible. Ed Cooley’s bunch is 9th in %NPA, which means that Providence takes a lot more close-range shots than the average opponent. Ed Croswell has stepped up inside, while Bryce Hopkins is taking advantage of a scenery change from Kentucky. Noah Locke could be a difference-maker in this game, as the best three-point shooter on the floor.

TCU is right behind Providence, currently sitting 10th in %NPA, which also makes sense, given how few players are threats to make shots from outside. Mike Miles is playing at a high level, but that won’t matter if TCU can’t make threes. So far this season, Jaime Dixon’s team is shooting a dismal 25.6% from outside, making only 5.3 three-pointers per game.

Oklahoma State sits at 5-2, already with one big win over a Big East opponent in DePaul. The Cowboys have seven players that are averaging at least 7 points per game, which could prove to be a challenge for opposing teams to defend. Avery Anderson is in charge of it all, leading the team in points and assists per game. Oklahoma State is also rebounding the basketball well, which could help them match up better than other teams have against the Huskies.

Dan Hurley has a cheat code down low, with star big man Adama Sanogo and fabulous freshman Donovan Clingan both at his disposal. Sanogo has also expanded his range past the three-point line, which keeps defenses honest. Of course, most of his work is still done down low, which in turn opens up the floor for Tristen Newton, Alex Karaban, Joey Calcaterra, and Jordan Hawkins for open shots outside the perimeter. The Huskies do lack a true point guard, but Newton has stepped up and the team as a whole is still 18th in the country in assists per game.

The premiere Big East-Big 12 Battle matchup features a Creighton Bluejays team suddenly almost flying under the radar after what UConn did last week. But the Bluejays also had just as good – if not a better week than the Huskies. Doug McDermott’s bunch took down #21 Texas Tech by 11 points, #9 Arkansas in a close one, and lost to #14 Arizona by just two points. The Jays have already topped 90 points three times this season and are hitting over 50% of their shots, good for 11th in college basketball.

Texas has another loaded squad, once again tasking Chris Beard with how to spread all of the minutes and shot attempts. Take this for example – Timmy Allen averaged 17.2 points per game as a junior at Utah. Last year with the Longhorns, his production dropped to 12.1 points. This year, Allen is only taking 6 shots per game – a lower total than his freshman year. Of course, the Longhorns are still perfect, Tyrese Hunter is playing like the potential Big 12 Player of the Year, and no one will question a 19-point win over Gonzaga.

Seton Hall has been the opposite of pretty on the court this season. Offensively, things have been very sporadic, with the Pirates averaging more turnovers per game (15.6) than assists per game (12.6). They also haven’t found a go-to option, with Tray Jackson, Tyrese Samuel, Dre Davis, and Al-Amir Dawes all averaging between 9.4 and 11.9 points per game.

Kansas, on the other side, has shut up the critics (especially me) about losing so much from a National Championship team. Jalen Wilson has my early vote for CBB Review Player of the Year, and Gradey Dick might in turn be the CBB Review Freshman of the Year. Kansas also won’t be thrown off by Seton Hall’s pressure defense at Allen Fieldhouse, so it could be a long night for the Pirates.

Oklahoma’s been a pleasant surprise under Porter Moser, even though they’re only averaging 65.7 points per game (307th in the NCAA). Despite the low scoring, Grant Sherfield is a microwave and can make up for it in a minute. Defense is where the Sooners really make their money, only allowing 56.9 points per game to opponents this season. That’s not a welcome sign for a Villanova team struggling to do anything good on offense.

I wasn’t sure about how Villanova would perform under Kyle Neptune in year one, and I’m sure a lot of people shared my concerns. Of course, the injuries to Cam Whitmore and Justin Moore don’t help out in the least. But the Wildcats have been atrocious, shooting 42.4% from the field, 31.4% from three, and nearly last in the country with only 1.3 blocks per game. That last part is expected, as Eric Dixon gives up a lot of height down low, and makes up for it on offense. However, there are too many areas right now in which Nova is missing the mark by a lot.

It’s not that Bob Huggins’s teams haven’t scored the ball in the past, but this team is clicking on all cylinders. Joe Toussaint had a ton of talent around him at Iowa and might have more this season, with Erik Stevenson, Emmitt Matthews, and Tre Mitchell all chipping in. The Mountaineers did get beat fairly easily by Purdue but took down Pitt and Florida without a thought.

Xavier is the best 3-loss team in college basketball, losing to #12 Indiana by two points, #8 Duke by seven, and #6 Gonzaga by four. This week, they play their fourth power conference opponent in a 16-day span, not including Gonzaga. Like West Virginia, the Musketeers are also scoring a lot of points, mostly thanks to the resurgence of Zach Freemantle. It might not be an overly deep team, but the guys that do play for Sean Miller are doing so at a high level.

I’m sure when the conferences set up this matchup for the 2022 Big East-Big 12 Battle, they didn’t think it might be one of the best overall games on paper. You can first and foremost thank a 7-0 St. John’s team who took down a pesky Syracuse team to win the Empire Classic. Joel Soriano is averaging a double-double, David Jones is leading the scoring charge, and the pairing of Andre Curbelo and Posh Alexander in the backcourt is working well.

On the other hand is a tough Iowa State team who owns the best win in the country to this point, taking down #1 North Carolina by five points in regulation. The Cyclones are also at home inside Hilton Coliseum for this non-conference battle, where they have won 13 straight non-conference games. I’m sure St. Bonaventure fans are selfishly upset at the Jaren Holmes/Osun Osunniyi tandem that has turned Ames, Iowa into Olean, New York Jr., but it’s working, and Iowa State fans have to be pleased.