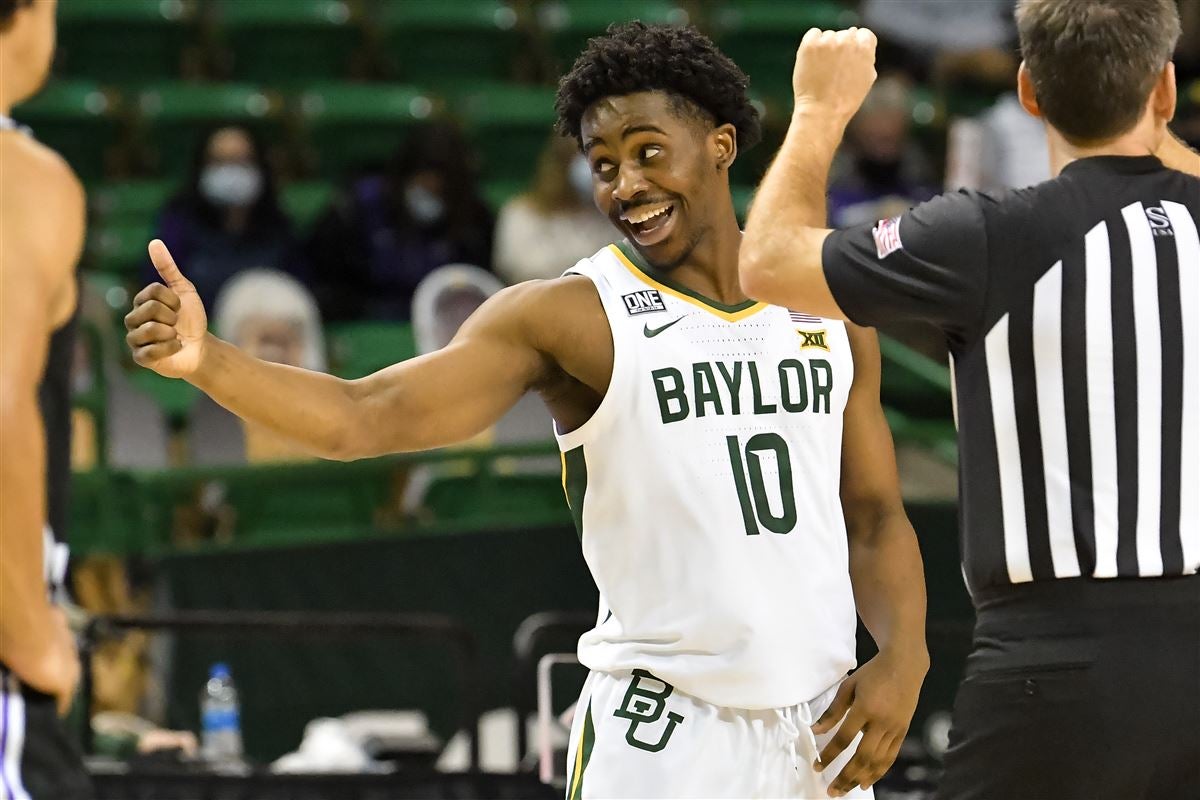 The Baylor Bears have established themselves as a consistent Final Four contender and once again have the makeup to make a deep run in March.

CBB Review is once again ranking the top 100 teams heading into the 2022-23 season. Each day we will reveal the next team until we reach the team slotted at number one. Coming in ranked number 9 are the Baylor Bears.

Despite losing four of their top five scorers from a year ago, there is still a good argument to be made that what Baylor brings back is exceptional. Scott Drew’s squad went deep last season and should once again this time around.

A playmaker, scorer, and defender, Adam Flagler covers a lot of ground for the Baylor Bears. He’s also a college basketball champion, something that very few players can say. That alone gives Baylor’s leader an exceptional edge over anyone he goes against.

But what really sets Flagler apart is his competitive edge. He wasn’t even rated in the Class of 2018 and has transformed into one of the best players in the Big 12. Sometimes heart and soul to become the best version of yourself beats out given talent and ability. For Flagler, that couldn’t be truer, and it all comes down to one final ride in Waco, Texas this year.

Cryer missed roughly half of last season with a foot injury. However, when on the court, Cryer was a proven bucket, leading the Bears in scoring on multiple occasions and dropping a season-high 25 points at West Virginia.

Of course, the biggest and most obvious question about Cryer is his health. Cryer should be fully healthy, as an original timetable was set far before the start of the new season. However, it’s still a legitimate question, given how important he is to the success of the Baylor Bears when healthy.

Baylor did prove that they had the talent to step up when guys went down last year. But the Bears won’t want to bank on that again and obviously would benefit with one of their better pure scorers being able to play a full season of basketball.

Only three teams finished in the top 15 in adjusted offense and adjusted defense last season.

Those teams were the Gonzaga Bulldogs, Houston Cougars, and the Baylor Bears.

And with no disrespect or slight to the Zags or Cougs, but the Bears did that in the Big 12, which featured the National Champion Kansas Jayhawks.

Sometimes it all comes down to program stability, a top-notch coach, and players that buy into the program. That seems very true for the Bears, and can also be said about Gonzaga and Houston.

But in terms of Baylor, what culture that Scott Drew has built has turned into a yearly thing. You know what you’re getting out of the Baylor Bears, much like you do with Jim Boeheim’s 2-3 zone. You just know that Baylor is going to defend and play fluidly on offense, and that translates to a lot of wins.

In a Big 12 that seems fairly open, I’m personally picking the TCU Horned Frogs. What Jaime Dixon brings back is nearly unmatched in Power-6 basketball this season. However, you can’t discount a Baylor team that also returns a good deal of important players.

What could set this Baylor team apart is Keyonte George. The five-star freshman is expected to make up for the loss of James Akinjo, and honestly should be able to, even as a freshman. George is that talented, and while Akinjo had his moments, he isn’t irreplaceable by any stretch of the imagination.

One interesting player to keep an eye on is Langston Love. The borderline top-40 recruit in 2021 was out all of last season with an ACL injury. If Love can come onto the scene and give good minutes, it gives Baylor another depth piece that has untapped potential.

Multiple transfers in Jalen Bridges and Caleb Loehner should come in and help mend some of the other losses from a year ago.

Last season the Bears put together a third straight season of at least 25 wins. Without a doubt, the Bears should match that, and barring any injuries, should be a serious player in March Madness.