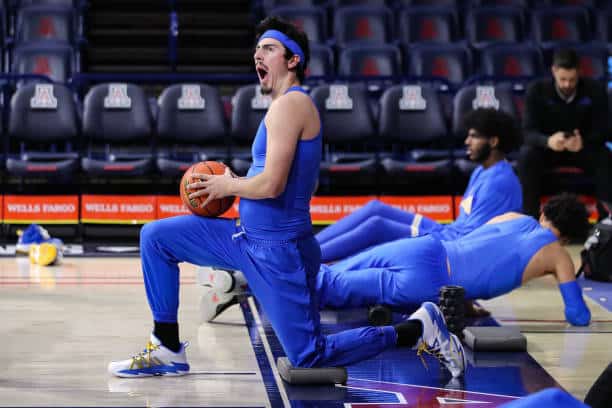 As the start of the new season grows closer, CBB Review gives its Pac-12 Basketball Preview.

Jaquez returns for his senior season at UCLA, coming off a year in which he averaged 13.9 points, 5.7 rebounds, and 2.3 assists per game. He will be even more of a focal point of the offense after the departure of Johnny Juzang. He is a skilled scorer, averaging the 9th most points per game in Pac-12 basketball play last season. He shot the 3-pointer poorly last season, but if that regresses more to the mean, he could very well be a top 2-3 scorer in the conference.

Lloyd lost 3 players to the draft and one player to graduation. He was able to bring in 2 quality transfers in Courtney Ramey and Cedric Henderson Jr. Lloyd is going to have to be able to fill in the gaps this year after losing a good amount of production. Having First Team Pac-12 player Azuolas Tubelis helps a lot. There are still high expectations in Arizona once again.

Ware comes to Oregon as the 10th-best recruit of his class per 247Sports. The 7-footer has good mobility, and he has the potential to be a dominant threat on both ends of the floor from day one. He is expected to start right away for the Ducks, and he will provide a ton of lineup versatility. If he can adjust to the physicality of the college level, Ware could be one of the best players in the conference period this year.

The Kentucky transfer averaged 10.8 points and 4.4 rebounds per game last season for the Wildcats. Now he will look to bring that to the Huskies. He should play a pretty big role for Washington, and they will rely on his rebounding. He has shown a willingness to shoot, but not with much efficiency. He will provide a physical presence that will be able to defend multiple positions.