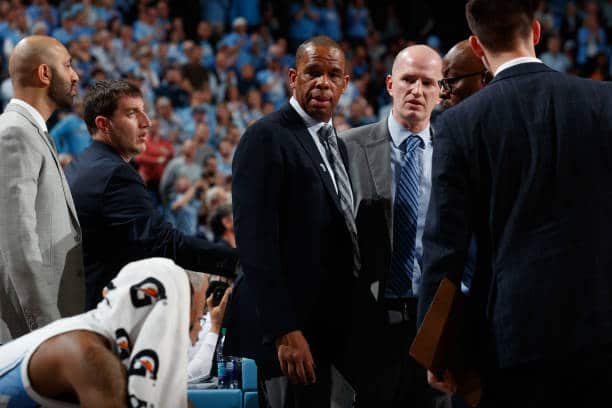 CBB Review’s Ethan Carbone goes in-depth on the top 30 college basketball recruiting classes. Next up are the North Carolina Tar Heels who come in at 17.

Trimble’s best asset is his athleticism, which is unique as a point guard in college basketball. Trimble is able to fly like a bird through the air until he inevitably lands from throwing down a dunk or making a crafty finish for a layup. He can shoot the ball well, but what sets him apart from the rest is his ability to hit his teammates down low for easy buckets in the paint.

As a freshman, he will end up as a backup guard playing a key role off the bench. Trimble projects to be an all-conference player down the road.

Washington comes in with an NBA-ready body at 6-10, 225 pounds with tremendous length. Along with that, he’s a modern big man with the ability to shoot over anyone. In the post, Washington can make moves and is light on his feet. He can also serve as a playmaker out of the post.

Washington will come on as a backup big man who may not get big minutes as a freshman. He has the potential to turn into a very good player for the North Carolina Tar Heels.

Nickel comes in as a guy who can play the 3 or 4, as he is smooth with good handles for his size, and is able to shoot the ball efficiently. Nickel can also play in the paint and can post up. The one struggle he seems to have is defense, but with a coaching staff like North Carolina’s, that won’t be a problem for much longer.

While he may not see the court much as a freshman, by the time he’s a senior he and Washington will make a deadly duo playing both inside and out.