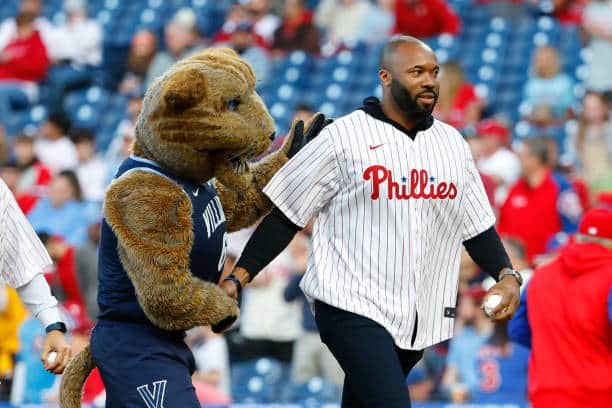 CBB Review’s Ethan Carbone goes in-depth on the top 30 college basketball recruiting classes. Next up are the Villanova Wildcats who come in at 18.

Whitmore comes in as probably a perfect NBA draft prospect. With extreme athleticism, an ability to shoot the ball well, the court vision of a point guard, and athleticism, he could be one of the best players in the Big East as a freshman. Whitmore’s defense and body type allows him to guard the 1-4 with ease.

He should start right away after recovering from an injury and will be a key player from day one at Villanova. Barring an extreme circumstance it should be expected to only see one year of Whitmore in a Villanova Wildcats uniform.

Armstrong comes in as a very athletic guard to the Wildcats program. Even though he’s only 6-2, Armstrong has the ability to get to the paint, being able to power through defenders. He can also score from the mid-range and beyond the arc efficiently. On the defensive side, Armstrong relies on his quickness, as he is a bit undersized as a combo guard.

Armstrong looks to get big minutes potentially starting this year. Te South Orange, NJ native will be a key contributor to the team for the near future, and could be the next great point guard at Villanova.

Hausen comes to Nova as a player that is perfect for modernized basketball as an off-ball shooting guard. His specialty is being able to pull up from deep at a very high rate. Hausen is the catch-and-shoot three-point shooter that every team wants.

As a freshman, it’s expected that he will come off the bench. Hausen has the tools to develop into a knockdown shooter and starter if he can continue to improve in other areas of his game.