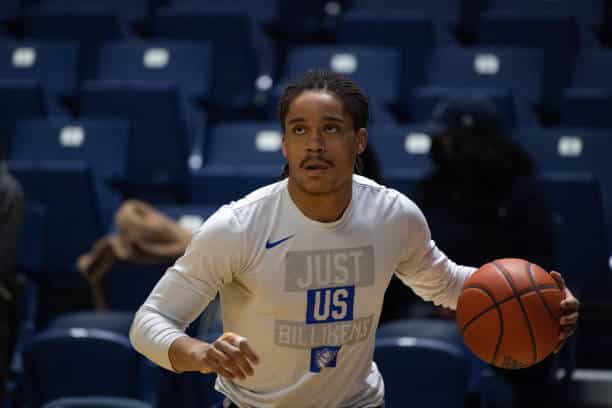 The Saint Louis Billikens boast one of the deepest and most experienced teams in the country and could be the best mid-major team in the country.

CBB Review is once again ranking the top 100 teams heading into the 2022-23 season. Each day we will reveal the next team until we reach the team slotted at number one. Coming in ranked number 26 are the Saint Louis Billikens.

Returning five players who averaged at least 10 points per game in their previous seasons, the Saint Louis Billikens have a veteran group that should compete to win the Atlantic 10. Travis Ford also has a deep bench, giving the Billikens different ways to match up.

However, the starting lineup will likely feature four guards – all of whom have different assets and great team chemistry. The Billikens shouldn’t just be viewed as a top mid-major team, but a threat in all of college basketball this season.

2022 Postseason Finish: Lost in first round of NIT

There are a few ways I could have gone here, because between Yuri Collins, Javonte Perkins, and Gibson Jimerson, the Saint Louis Billikens really have three MVPs. All of them can take over a game, which is what makes this team so special.

However, Collins might just be the best pass-first point guard in the country. He averaged a touch under 8 assists per game last season. Translate that to NBA minutes, and Collins would be far and above 10 dimes per game. At the college level, especially in a tough conference like the A-10, this rate is very notable.

Collins can also put up points, rebound the ball, and is an above-average defender. There’s not one part of the game he truly lacks. Collins is the most complete player on this Billikens squad, and with him running the offense, everything else falls into place.

Perkins was the go-to guy in the 2020-21 season, averaging over 17 points per game for the Billikens. However, he tore his ACL in the first exhibition game last season and missed the whole year.

Obviously, the key for Perkins is if he’ll be 100% and back to what he was before the injury. ACL injuries are serious, so there’s a chance he could be a step or two behind from before. But regardless, if Perkins can be even 80% of what he was before tearing his ACL, it just levels up the Billikens that much more.

Even WITHOUT counting Perkins’ 17.1 points per game average in the 2020-21 season, the Saint Louis Billikens still return well over 50 PPG from last season.

Obviously, it’s a veteran group that has worked well together in the past. The question really isn’t about if Saint Lous will click – but if there are enough minutes and space on the floor for everyone to get their shots up. I’d bet there will be, because of the experience and veteran leadership.

But put all of those questions aside, and you still have a team that returns a huge amount of scoring, paired with a couple of other transfers. Only one double-digit scorer from last season is gone, so it’s practically a ramped-up team that won 24 games last season. That should be taken seriously.

The Billikens might be playing a lot of small-ball, as the projected rotation will likely feature 6-6 Javonte Perkins at power forward. However, most of Saint Louis’ guard/forward combos have hit the weight room. The Billikens have six rotation players between 6-3 and 6-6. Five of them weigh at least 205 pounds. Height might pose an issue at times, but the Billikens are beefed up and won’t back down on the boards.

Transfer-wise, Saint Louis will look to Javon Pickett in the starting lineup. He averaged over 10 points per game at Missouri and should be another asset who can play multiple positions. Sincere Parker was a first-team All-American in the NJCAA and isn’t afraid to launch threes.

There won’t be much time for the freshmen to find roles on this senior-led squad, but Larry Hughes Jr. and 7-0 Mouhamadou Cissé could help out from time to time.

Of course, playing in the Atlantic 10, the Saint Louis Billikens will have to put up with power conference bias. A non-conference slate that features games against Memphis, Maryland, Miami/Providence, Auburn, Drake, and a few other high mid-major programs will be crucial. Saint Louis can really earn the trust of A-10 doubters by faring well in those contests.

Ultimately, the Saint Louis Billikens have the talent to win the Atlantic 10 and make a deep run in the NCAA Tournament. They survived without Javonte Perkins last season, nearly making it to the Big Dance. This season, health will be key, and if they can pass that test, there’s no reason why we shouldn’t see Saint Louis in the field of 68.