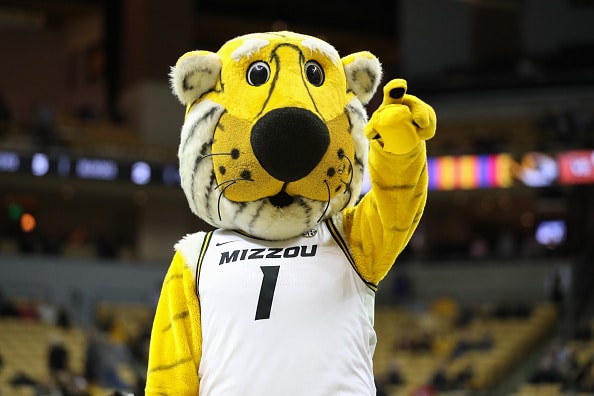 The Missouri Tigers hit the reset button, bringing in a new coach and a loaded transfer class.

CBB Review is once again ranking the top 100 teams heading into the 2022-23 season. Each day we will reveal the next team until we reach the team slotted at number one. Coming in ranked number 48 are the Missouri Tigers.

After a 12-21 season, the Mizzou front office decided it was enough, letting go of Coach Cuonzo Martin. They went to work quickly, hiring new coach Dennis Gates just 11 days later. Gates comes in after winning 39 games the last two seasons, and Missouri Tigers fans are hoping he can carry that success over to Columbia.

Missouri also brings in several quality transfers, led by Isiaih Mosley, a 20-point per game scorer last year at Missouri State. The addition of him and other high-level transfers like Nick Honor from Clemson, and a few players who joined Gates from Cleveland State sets Missouri up to be a tournament team once again.

A late pickup for the Missouri Tigers, but perhaps the most important. Mosley lit it up at Missouri State last year and stays in the Show-Me State to attempt to bring Missouri some wins. He’s a scoring machine, scoring on all three levels at ease, becoming a rare player to join the 50-40-90 club. Missouri is in no need of scoring by any means, but having a guy who can take over a game when he gets hot can be the difference between a win or loss in many games, especially in a difficult SEC. As long as the offense runs through Mosley, the Missouri Tigers will see success in their future.

As mentioned in the last snippet, this team is in no need of scoring, with 7 guys who averaged double digits last season projected to crack the rotation. What they do need is someone who can provide the others opportunities to score. Honor has never been a high assist guy, averaging around 2.5-3 assists per game in college, but if he can take that backseat role and become a pass-first guy, like conference rival Sahvir Wheeler, this Missouri Tigers team can really shine. If he is unable to do so, we may see a “too many chefs in the kitchen” situation, and the offense can be really stagnant.

Analytic to Know: 1st in transfer points this offseason

Missouri is bringing in 568 points through the transfer portal this year. That is 104 more than the next highest team. So, Missouri is going to score early and often this season, so if you’re a gambler make sure to bet the over when you watch the Missouri Tigers. The question will be defense. Dmoi Hodge is a terrific defender and could be an all-conference defensive award winner at the end of the season, but the rest of the team doesn’t stand out defensively. If they want to make their points mean something, they’ll need to step up on defense, because we know they are capable of scoring in bunches.

Mark your calendars, the @SEC schedule is here! #MIZ 🐯

The Missouri Tigers my sleeper team in college basketball this season. Just looking at the lineup, they’ve put together a mid-major all-star lineup. Dmoi Hodge will finally get the respect he deserves, Mosley will do what he does best, and even if those guys are off, they still have scorers like Gholston, Carter, and Kobe Brown to pick up the load. Shaw also appears to be an interesting prospect. He has good size and all-around ability, but it will be interesting to see his role on this Missouri Tigers team given the depth of the roster.

The depth will play a big role in this Missouri Tigers season. While the starting lineup seems pretty set right now, don’t be surprised if Gholston replaces Honor or Shaw replaces Carter. They have really 11 guys who can provide quality minutes, a good problem to have, so rotations will be interesting until Coach Gates can find a go-to lineup for each situation.

The SEC is going to be just as difficult, if not more difficult as last year. For Missouri to have a chance, they’ll really need to play smart and take smart shots. Noah Brown will really have to step up against some of the solid big men in the SEC like reigning national player of the year Oscar Tshiebwe.

Missouri will take on a few difficult non-conference opponents as well. They take on Wichita State on the road, which always proves to be a hostile environment, and host defending champions and rival Kansas Jayhawks in mid-December. They also have several potential resume boosts with games against UCF, Illinois, and Iowa State.

I’d be pretty surprised if this team can’t win 20 games, but with a new coach and not a lot of time together, it could also be a disappointing year for Missouri Tigers fans. However, if all goes well, Missouri could be primed for a huge season.