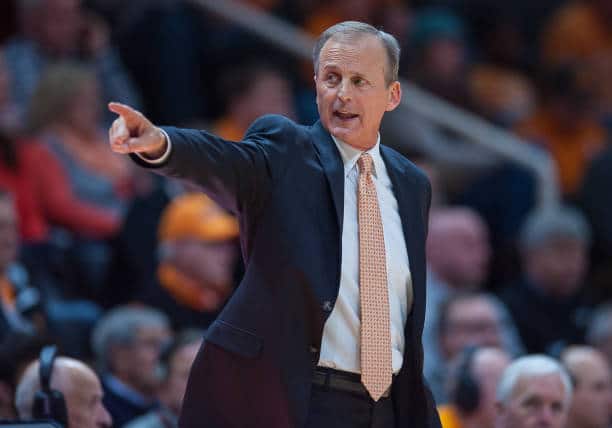 CBB Review’s Ethan Carbone goes in-depth on the top 30 college basketball recruiting classes. Next up are the Tennessee Volunteers.

The Tennessee Volunteers come in at the 21st best-recruiting class according to the 247 Composite Rankings. The players in this highly touted class are Julian Phillips (13th), B.J. Edwards (108th), DJ Jefferson (121st), and Tobe Awaka (290th).

Phillips comes into Knoxville as a player who is very athletic and raw for a five-star prospect. Phillips uses his athleticism to get easy buckets making long strides to the basket and finishing with ease. Although a three-pointer is a work in progress, he seems to have his heart set on becoming a reliable threat from beyond the arc.

As a freshman, Phillips should get heavy minutes off the bench at both forward spots and may play a Tari Eason role off the bench for Tennessee. If not his freshman year, by his sophomore year Phillips will be a top NBA prospect.

Edwards comes to the Tennessee Volunteers as another highly rated talent for Rick Barnes. He specializes in being a guy who’s above average at everything on the floor. He can shoot solid percentages from anywhere and facilitate an offense. Along with his height at point guard, he can help out in the rebounding department.

Coming in as a freshman, Edwards will be able to back up and learn from the upperclassmen starting guards and will be in a place to succeed. By the time he’s a senior, he will most likely be a starter and leader for the Vols.

Jefferson is an all-around player, but stands out on defense, averaging about three steals per game in high school his senior year.

As a freshman, Jefferson will have to fight for his minutes playing behind a couple of talented guys. But down the line, he will be the perfect utility guy for the Tennessee Volunteers.

The New York 2022 Gatorade Player of the Year comes to Knoxville and looks to be a dominant force in the paint. Although shorter a bit at his position, Awaka is a powerful force when crashing the glass, averaging nearly 14 rebounds per game this past season in high school.

Coming into Tennessee, odds are he will not play much, if at all his freshman year. However, by the time he’s an upperclassman, Awaka should be heavily utilized. He’s a work in progress on a team with some veterans, but down the line, Awaka will play big minutes for the Tennessee Volunteers.