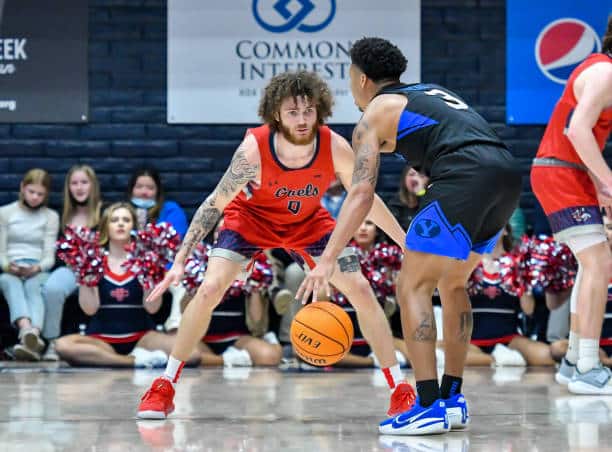 After one of their best seasons in school history, the Saint Mary’s Gaels will look to some different players to keep the success going.

CBB Review is once again ranking the top 100 teams heading into the 2022-23 season. Each day we will reveal the next team until we reach the team slotted at number one. Coming in ranked number 58 are the Saint Mary’s Gaels.

Under Randy Bennett, Saint Mary’s wins games and wins some more. They have won 20+ games every year since 2007, excluding the covid shortened season of 2020-21 in which they went 14-10. Last year was no different, as they made it to the second round of the NCAA tournament. They highlighted their regular season by beating Gonzaga on their home floor on senior night.

A lot of the key pieces left this team, but there is no reason to doubt that Saint Mary’s will be back again with a new squad, ready to rack up the wins.

Johnson comes off of a very productive year for Saint Mary’s, being 3rd in scoring for the team, and he is the leading scorer that returned to the team. He is the true definition of a combo guard, running almost the same number of pick and rolls and spot ups last season. He had above average efficiency in both, and he will be the anchor of this offense.

Johnson is a high octane driver, slashing and getting to the rim more than anything else. He is quick with the ball and has good balance that allows him to throw defenders off. He has real athleticism too. He has also proven that he is a quality facilitator which will be important because Saint Mary’s does not have a proven point guard at the moment. If the jumper comes around, Johnson will be one of the leading scorers in the conference.

Ducas was one of the premier snipers on a team that shot really well from 3 last season. The point line is where he does the majority of his damage. Per Synergy Sports, Ducas was in the 94th percentile on spot ups, with most of these being catch and shoot attempts.

Defenses have to be aware of where he is at all times, and have a hand or two ready to contest. He has good shot selection which comes from a mix of his off ball movement, and paint touches by guards. With some major pieces gone, Ducas’ shooting will be relied upon even more in this upcoming season.

The Saint Mary’s Gaels not allow many threepoint attempts. They generally only happen when there was a defensive breakdown which was not often. I think this will be another solid defensive team that can gain an edge by not allowing opponents to get 3s up.

The Saint Mary’s Gaels should once again be right near the top of the WCC. They lost some key pieces, but there will still be plenty of talent to suffice. The depth of this team will be the big question though as they do not have any proven talent there. There is also a question of who will be point guard.

Freshman Aidan Mahaney may be the answer to some of those questions. The 6’3 guard is the 3rd highest ranked recruit in Saint Mary’s history, and I think he will make a big impact from the jump. If he adjusts quickly, this offense becomes very very dynamic.

This team may not be as good as last year’s team, but they will still have a chance to compete against some good teams. If things break right, a few of these freshman will pop and the Saint Mary’s Gaels will look poised for the future even if this is a “down” year for their standards.