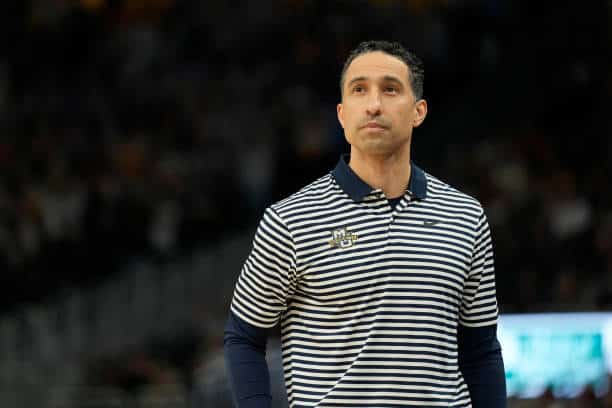 The Marquette Golden Eagles come off of a very good season, but will look to retool as they have lost some of their top players this past season.

CBB Review is once again ranking the top 100 teams heading into the 2022-23 season. Each day we will reveal the next team until we reach the team slotted at number one. Coming in ranked number 64 are the Marquette Golden Eagles.

Marquette made the NCAA Tournament as a 9 seed, playing an up-tempo style of basketball that was difficult to keep up with. They have lost two of their top players to the draft, but keep the rest of their core in addition to some incoming freshman.

Shaka Smart looks to keep the success coming, hoping for Marquette to once again be dancing in March. This is a team that should once again play up tempo. They should be a solid defensive team, and it will be interesting to see what the offense is able to do.

Kolek was a do it all point guard for the Marquette Golden Eagles, and he was one of the top assist leaders in the country. With Marquette’s top two scorers gone to the draft, more of a scoring emphasis will be put onto Kolek in addition to his facilitating duties. A ton of his possessions were pick and rolls this past season, but he was a much better facilitator than scorer out of them. He understands how to manipulate the low man in pick and rolls which allows him to dissect the defense for easy buckets.

It will be important for Kolek to improve his shooting efficiency. Last season he was in the 27th percentile of efficiency on jump shots. He struggled a lot on pull-up jumpers, but due to his heavy pick and roll style, these will be the shots that are readily available to him. If he can improve his jumper, it makes it much more difficult for defenses to load up on his passing.

Last season, Jones was one of the first players off of the bench for the Marquette Golden Eagles, providing a spark for the offense. Now it will be his turn to be a main scorer. He has big potential for a breakout year, after having a solid freshman season. He can handle the ball some, successfully running a lot of pick and rolls last year.

He is also very good off of the ball, which should pair well with Kolek. Last season he had 67 spot-up shots, averaging 1.254 points per possession. Per Synergy, that is good for the 96th percentile. He shot the ball very well, especially when open. Marquette may lack shooting, so it will be super important for Jones to be able to keep being efficient on the perimeter.

Analytic to Know: 325th in offensive rebounding percentage in 2021-22

Marquette will have a lot of question marks heading into the season after losing 3 of their best players. However, they have a veteran coach in Shaka Smart who has proven in the past he can make different teams work. This will be another challenge for him this season.

Once again, Marquette will be playing an up-tempo brand of basketball. I think this will be a solid defensive team, but the offense will be what makes or breaks this team. They have a lot of young pieces that have the potential for a breakout season, but a few will have to come to fruition for this team to succeed this year.