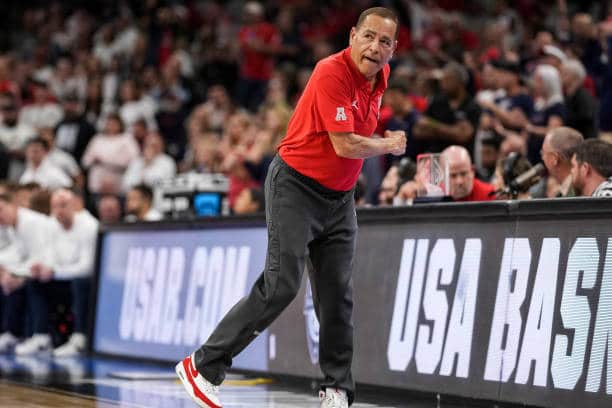 With many coaching changes, this mixes up from the last time I did this two years ago. There are some up-and-comers in coaching, and some teams building up their coaching staffs.

No surprise that Jankovich would retire after a strong run this year with the Weathers’ family and Kendric Davis entering the portal/testing the NBA waters. The bigger surprise was Haith, in his eighth year, resigning from Tulsa. It was a surprise until, in July, news broke that he was becoming an assistant coach at Memphis. Finally, Dooley was fired after not being able to get a winning season in four years.

The incoming coaches are names that you may have heard of. The most notable coach was Rob Lanier, who comes in from Georgia State. His team stayed with and even led the Gonzaga Bulldogs, hanging with them until the closing minutes in the NCAA Tournament first round.

Is anyone else smelling smoke? Of all the coaches I was expecting to be on a hot seat, Brian Gregory was at the top of my list. His last winning season was 2018-19. USF has played 53 games in the past two seasons and only won 17. The 2018-19 season was the peak performance of Gregory as it was the only time being over .500 while coaching USF. While he showed promise early in his career, he cannot seem to put it all together.

Since his return to being a head coach at Georgia State, Lanier has coached very well, with only one season being under .600. The struggle is that the American Athletic Conference has done such an excellent job with its coaching and bringing in coaches that create atmospheres and cultures.

SMU has pumped out some very talented teams, but this year will be losing a lot of its talent, including Kendric Davis, Michael and Marcus Weathers, and Emmanuel Bandoumel. Lanier has brought in some solid talent through the transfer portal, but with having to build a whole new system and make players mesh quickly, this will be a test in a tough American Athletic Conference.

Michael Schwartz is coming into a difficult situation.  He is losing Tristan Newton to UConn and Brandon Suggs to UCF. He is in rebuild mode, having received four high school commits, so it will be a very young team.

Schwartz is hoping that this team learned a lot from their predecessors last year and is ready to be thrust into battle. He is known for being a great scouter that will be needed in the warzone of the American Athletic Conference.

A coach that has taught a culture. Temple lost Khalif Battle during the year and had been playing excellent basketball up until that point. McKie lost a lot of players to the portal, but his core group is going to be a thing of beauty. These young players have heart, and the fact that the team went 17-12 without a true star player last year is a testament to that. After his two losing seasons, he came out with a winning one and hopes to stay the course.

Talking about filling some big shoes. Frank Haith had done well until the COVID pandemic hit. After finishing regular season champions the two seasons prior, his team was barely able to get double-digit wins the past two seasons.

Konkol comes in with a solid record, only having one season below 20 wins in Conference USA. Losing Jeriah Horne, Darien Jackson, and Rey Idowu will be difficult to replace for the Golden Hurricane. The good news is that Konkol has already met with all the high school coaches in Oklahoma, hoping to build rapport and get a beat on talented players. This year will be challenging and test his chops, but I am sure his ability will shine through.

Taking over after Gregg Marshall was forced to step away from the program, Isaac Brown had a tough season last year. He could not make the NCAA tournament but managed to stay over .500. My biggest worry was the mass exodus that happened. With the NIL coming into effect, Brown lost Dexter Dennis, Ricky Council, Morris Udeze, Joe Pleasant, Qua Grant, Clarence Jackson, and Chaunce Jenkins. All are wanting to get paid to play.

This team will only be returning Craig Porter (who got a NIL deal to stay) and Kenny Pohto. Tyson Etienne was undrafted but is currently in an Exhibit 10 contract in the NBA. Brown was able to keep a couple of players that redshirted last year in Isaac Abidde and Jalen Ricks. He also grabbed a lot of talent from the transfer portal. This team will be interesting, but seeing what Brown can do, I believe they can make it back to the NCAA Tournament. With a head coaching record of 31-19, Brown will try for his  first20-win season.

Last year, Ron Hunter almost hit the .500 mark. The impressive thing is that he is only losing one player to the portal. He has created a culture and has a team that is growing together. This team showed sparks of great play and coaching. In conference play, the team went 10-8, including grabbing wins over Memphis, Cincinnati, UCF, and sweeping Wichita State. This team could easily be in the top two in the American Athletic Conference this year. Hunter has added a couple of additional pieces and continues to build tough teams.

In his first year at Cincinnati, Miller was able to go over .500 at 18-15. He did have two not-so-surprising departures in Mike Saunders and Mason Madsen as they both wanted more playing time. However, he added two considerable players in Landers Nolley from Memphis and Rob Phinisee from Indiana.

Miller struggled in conference play (7-11) but is hoping to make it back to the top of the American Athletic Conference. Again, he has players that are buying into what he is selling. Some key wins last year include over Illinois, Georgia, a close loss to Arkansas, and splitting with SMU. The area I am most worried about is his recruitment of younger players. With this team soon to be in the Big 12, he hasn’t landed a 5-star recruit yet. Hopefully, this next year, Miller will have more success in the AAC and regular season play.

After having a couple of off years, Dawkins bounced back last year. It’s difficult to really pinpoint how good UCF will be this season. Last year, after a close loss to Oklahoma and a blowout to Auburn, they came back to beat up Michigan. They also grabbed a win against Memphis.

Dawkins lost a leader this past year in Darin Green. However, they reloaded with Brandon Suggs, Ithiel Horton, and C.J. Kelly. In year 14 of coaching and his sixth year at UCF, Coach Dawkins has a proven record of winning, having only one losing season at UCF.

Hardaway is going to have to recreate a team yet again. However, he has done a great job recruiting and bringing in talent. The Tigers lost Jalen Duren, Josh Minott, and Lester Quinones to the NBA. He also lost Landers Nolley, Emoni Bates, and Earl Timberlake to the transfer portal. The biggest surprise is losing a player that loved to play for Hardaway in, Tyler Harris.

But Memphis brought in probably the most sought-after guard in the portal, Kendric Davis. Beyond that, Hardaway surrounds himself with exceptional assistant coaching talent in Larry Brown and recently former Tulsa head coach Frank Haith. Hardaway is a staple for the American Athletic Conference.

Houston could have been in the championship but fell into the trap of playing Villanova’s game and playing slow. However, they beat UAB, Illinois, and Arizona before losing to the Wildcats. This is impressive but is even more special since he did it without his best guard Marcus Sasser and a talented guard in Tramon Mark.

Coach Sampson gets Sasser, Mark, and other returning talent back for what could be another huge run. On top of that, preparing to play in the Big 12, he also recruited 5-star Jarace Walker. Houston’s impressive record speaks for itself, and this will be a massive hit for the American Athletic Conference losing such an incredible coach.