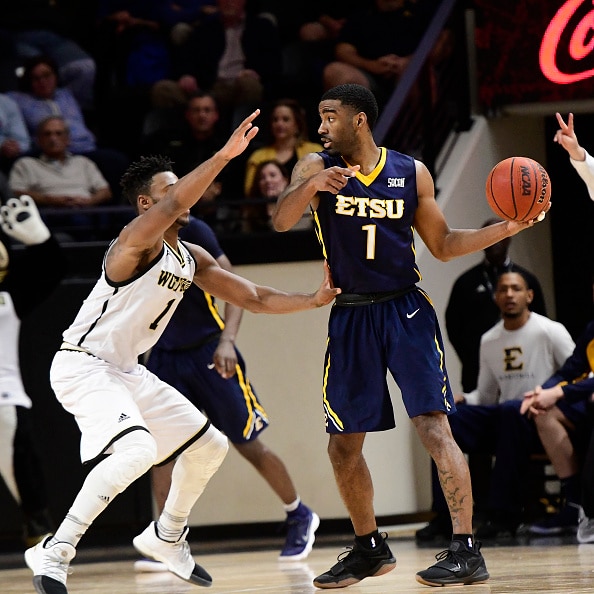 After an impressive performance last year, the Bucketneers are bigger and stronger and believe they have what it takes to win it all.

Last year as a 12 seed, they surprised a lot of people when they won two games in the tournament. This year, they enter as a two seed and want to show that they deserve that.

Bucketneers fans remember the 30-point performance in the second round last year, which helped the Bucketneers make it all the way to the regional semifinal. This year, his foot is still on the gas, and there are no signs of slowing down. Having a go-to scorer is so important, making Bradford a guy you want and a possible difference maker between a deep run and an early exit.

One of the few non-ETSU alumni on the team, Ward posts great size at 6’9″ and large physical stature. Just like he did at Michigan State, he will dominate in the post and open up the floor for the rest of his teammates. If he can play this role, the Bucketneers can be the top dogs in a region full of aggressive teams. However, if he gets overpowered the Bucketneers could find themselves in close game situations.

It’s really awesome to see how many ETSU alumni are on this team, from players to coaches. It actually may be the highest percentage of any team competing in the tournament, and by a large margin. Speaking of alumni teams, their potential biggest matchup could be against Best Virginia, the West Virginia Alumni team, and the hometown team in the regional. Regardless, make sure to look out for the Bucketneers, because they are going to be a fun watch.