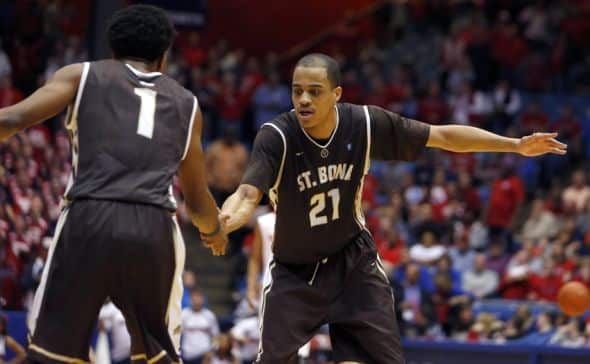 Brown & White are coming back for their second season in the basketball tournament. This team is coming with a few players that can drain 3-pointers and a couple of big men to crash boards and get easy buckets. Brown & White is coached by Dave Moore, the head coach for the University of West Georgia. Coach Moore has a lot of experienced help from his assistant coaches. This team is hoping to bounce back from its first-round loss last year.

Dion Wright is hoping to be the disruptor for his team. I expect to see him driving a lot and taking his opponent to the rim. With that in mind, he will also pull up and pass it off to a teammate for the easy bucket. Wright will be crashing boards and creating second chance opportunities for Brown & White. His length will cause issues as he can guard multiple positions and remains a player with a bit of tape on record.

Marcus Posley is the quiet player that wears you down. He is the fly that constantly circles and probes his opponents. Posley is patient and creative. While he is a small player, he is physically capable of finishing through contact. More importantly, Posley has a high basketball IQ and sees the floor. He can overcommit, which causes him to lose his defensive assignment. The issue for Posley will be his time away from the game and if he can pick it right back up where he left off. He will likely be a defensive cog that his team will feed off of, and he will create shots for his teammates. Posley will be a tempo guy, and his ability to change it will throw a lot of defenders.

We're just ONE week away from kicking things off in @thetournament, and can't wait to get our camp started at SBU on Monday.

Thinking about coming to root on our guys in Syracuse? Get your tickets here, and help spread the word!https://t.co/oFJAp6cSwb pic.twitter.com/k74rsM169b

The good news is that Brown & White are on an even playing field as they got the draw of The Nerd Team. These two teams will face off in the Syracuse Regional, with Brown & White being the lower-seeded team. Brown & White has the height advantage, and if this team can shoot the ball well could quickly improve their record to .500. With a solid coaching staff, I expect that Brown & White will play bully ball and try to take advantage of their height. In contrast, The Nerd team will try to speed up the Brown & White team. These are two very different skill sets, and this game will likely keep fans interested.