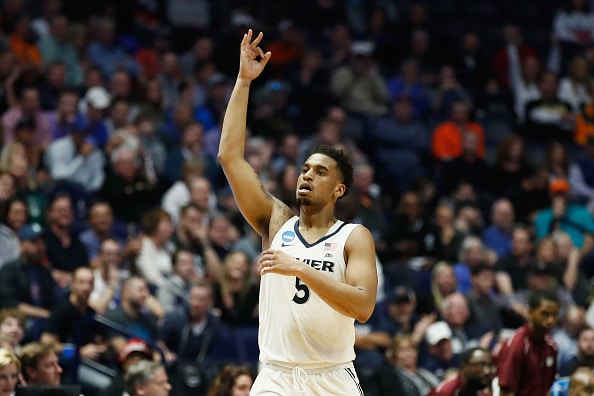 Zip Em Up, a Xavier alumni team, looks to take their own regional and bring home a title for the Musketeers.

Some of the best Xavier players in recent years team up on Zip Em Up, the one-seed in the Xavier regional. Last year, they were upset in the second round, and they look to avoid that this time around.

On a team that’s filled with former Xavier stars, Bluiett is by far the most dependable and all-around talent. A score-first forward, Bluiett can do it inside out, which is lethal in a tournament like this. However, he also crashes the boards and moves the ball, so his nature of putting the team first should work well on a squad that has plenty of options.

Last year, Bluiett was Zip Em Up’s top performer. However, they fell to Blue Collar U in the second round. Bluiett did drop 21 points and grab five rebounds. The Buffalo alumni team held him in check with zero assists, but it’s not a part of his game that he needs to be asked to work on. As long as other players are making shots along with him, Zip Em Up should make a long run.

We’ve seen it already – Jordan Burns – one of Ex-Pats’ top assets, couldn’t find his range from three. For Zip Em Up, that three-point specialist is Macura.

Like Burns, Macura doesn’t just rely on his perimeter game, but it is the best part of it. When he’s knocking down shots, it’s tough to stop, but they need to fall in. If Macura goes cold, it forces the Xavier alumni team to turn to some of their post players. But having the depth of a reliable outside shooter brings this squad up a level.

Bluiett and Macura might be the two I chose to highlight, but they aren’t all Zip Em Up has. Kerem Kanter and Matt Stainbrook form a very difficult tandem down low, which makes them one of the most well-rounded teams in TBT. Mark Lyons also played exceptionally well in The Basketball Tournament last summer and should be able to continue that one year later.

The biggest thing Zip Em Up needs to avoid is a hot-scoring team like Blue Collar U. This team can score and play with anyone, but ran into their match in 2021. As long as they don’t get the bad luck of the draw this time around, a semi-finals run is in the cards.