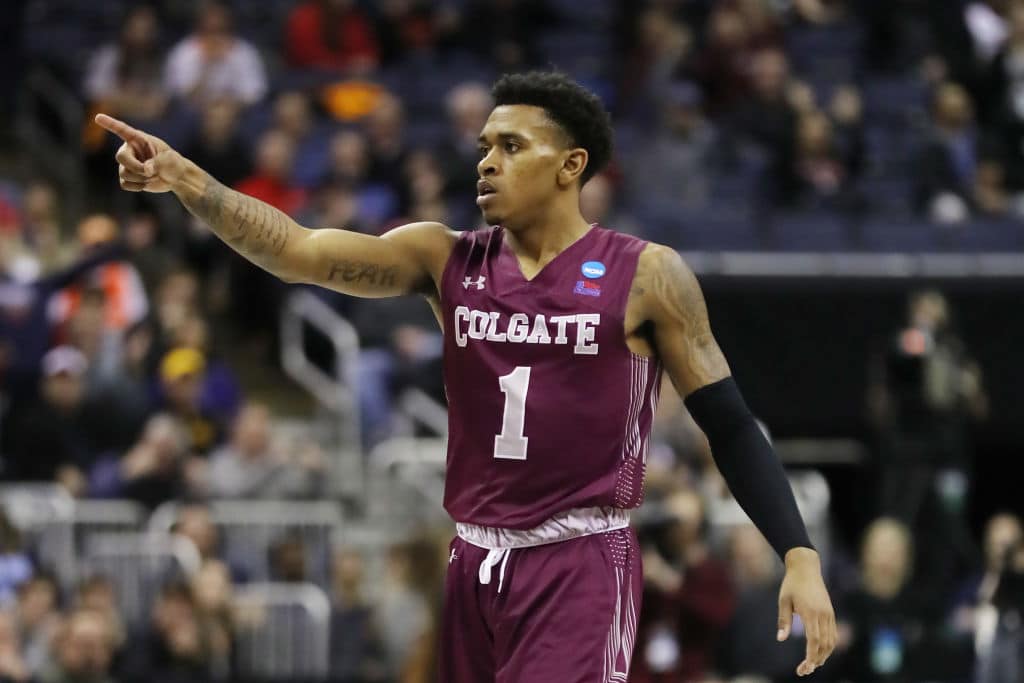 Patriot League players unite on Ex-Pats, a team made up of plenty of former Colgate and Lehigh stars.

But the biggest addition to this roster might be Providence’s Alpha Diallo. Blending him in with guys who went their entire college basketball careers under the radar might be the perfect team makeup for this year’s TBT Cinderella.

Diallo is (quite literally) the Alpha of Ex-Pats. The former Providence guard has a unique blend of size and skill and is one of the strongest pound-for-pound players in The Basketball Tournament. He’ll be counted on to score –  mostly inside the perimeter – rebound, assist, and shut down the opposing team’s best player. That’s what Diallo did with the Friars on a nightly basis, so there’s no reason why it can’t carry over from the Big East to TBT.

Jordan Burns’ top moment in college basketball came in March Madness when he threw in eight trees against Tennessee in 2019.

There’s not much not to like about Burns’ game. He’s a smaller guard who has extended range but will also get others involved and is a pesky defender. As long as Burns is consistently hitting shots, Ex-Pats have a chance to advance a couple of rounds. But if he’s cold, it takes away a key offensive player from this squad.

Diallo and Burns give Ex-Pats two very different, yet very experienced scorers. They should offset each other nicely, which could create more open shots for the other guys on the team. That includes Will Rayman, who played alongside Burns at Colgate and will play stretch-four.

Ex-Pats draw Big 5 in the first round, a team made up of Philadelphia area players. On paper, I could go either way, as Big 5 boasts Ryan Daly, an all-around scoring talent. But Ex-Pats seem to have a little more on offense, and their defense is severely underrated. If you haven’t picked a bracket yet, don’t count out this squad to advance a few rounds.