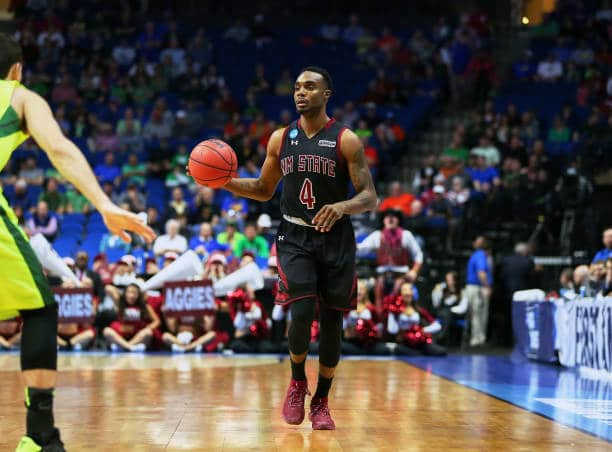 Although The Enchantment, the New Mexico alumni team, technically are the hosts for the New Mexico region, I expect there to be almost as many New Mexico State fans there to cheer on the Panamaniacs. They will have as close as you can get to home court advantage without officially having it. They hope that this will help them go on an underdog run through out the tournament.

The former New Mexico State standout averaged 16.7 points, 4.2 rebounds, and 4.2 assists per game while leading the Aggies to a 27-6 record in the 2016-17 season. Since then he has gone on to play overseas where he has found success. He is a shifty point guard that can get into the lane when he wants. When he gets there, he can score or facilitate really well. He has also been a mostly solid shooter throughout his career. He also uses his quickness on the defensive end by forcing a lot of steals and pressuring the opposing guards.

If Hawkins can get back to those numbers, it makes The Panamaniacs a real threat in the tournament. He provides some height at 6’6″ to a team that lacks some size. It will be important for him to get it going on the offensive end as he may have some mismatches due to The Panamaniacs most likely at times playing a bit smaller.

It will be difficult to find more of an entertaining round 1 matchup than this one between The Panamaniacs and The Enchantment. They are the alumni teams of New Mexico State and New Mexico, respectively. With the college teams going 1-1 this season against each other, I am sure each team will want to break the tie in their favor over their in-state rivals. There should be a lot of fans there supporting both teams, and I think it will be a super fun atmosphere to play in.

The Panamaniacs will need to use their speed to their advantage. They currently only have two players on the roster listed over 6’6, with 5 players being listed at 6’1 or shorter. This does not mean that they should be counted out, however. This team has some athletic and quick players, and they will try and use that to cause chaos for opposing guards. Teams will have to have good perimeter defenders to be able to stay in front of this group of guards. I’m sure winning the regional at your in-state rival’s stadium would be nice too, and the Panamaniacs will strive to do just that.