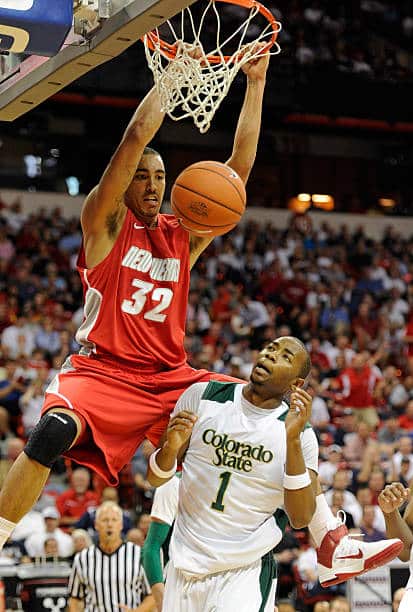 The Enchantment, a New Mexico alumni team, return for their second season of TBT, powered by returners J.R. Giddens and Drew Gordon.

They lost in the first round by 1 point, so they will have a lot of motivation going into this game. On top of that, their first-round matchup is against in-state rival alumni team Panamaniacs (New Mexico State). Look for The Enchantment to have the crowd on their side as they play host in the New Mexico region.

The 6’6 former NBA player will look to once again make his mark on TBT. Last season he put up 17 points and 8 rebounds on 6/9 shooting for The Enchantment. He was 2/3 from 3 and 3/3 from the free throw line. Needless to say, he can put up some points. He will be relied upon to do a little bit of everything as he will have the ball in his hands early and often. Expect a lot of sets to be ran for him and for him to make the right reads if he does not have a shot.

At an almost 7’0 wingspan, Giddens can cause a lot of disruption on the defensive end. Whether that be in the passing lanes or at the rim, Giddens knows how to make it difficult for the offense to score.

The 36 year old played 2 seasons for the Celtics. The Enchantment will look to lean on his experience to help them go far in TBT.

The 6’9 power forward will look to be a big presence down low for The Enchantment. In their one game last TBT, Gordon put up 14 points and 8 rebounds on 7/13 shooting. He has also once been a member of Overseas Elite.

He will also be the key anchor to The Enchantment defense. Playing down low, he will have to body with guys that are taller than him. Gordon has great strength however, so he will be more than capable of holding his own. Look for him to try and get an efficient double double to help lead his team far in TBT.

Having the home crowd with them will help a lot, especially if they can get past the first round. With both New Mexico teams playing each other in the first round, the crowd should be having a lot of fun from the jump.

If they can get through the first, they will most likely have a tough second round matchup with Heartfire. The Enchantment can definitely do it, but they have one of the tougher paths to getting out of their regional.

This team will rely a lot on their experience from last season to propel them further this time around. They have had a year to remember their tough round 1 loss, and I think it will only make them more prepared for TBT this season. Expect Giddens and Gordon to do a lot of the heavy lifting for The Enchantment as they try to not lose at home.