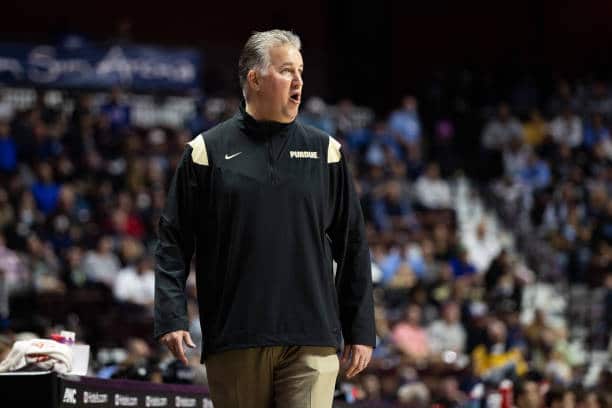 Loyer has been committed since late 2020 and has put his heart into Purdue basketball. He’s also coming off a year where he averaged nearly 27 point per game in his final year of high school, en route to winning the national three-point contest. Loyer plays smooth and won’t wow you with his size and strength but will still be able to draw contact and is ready for the big stage. Showing his dominance from behind the arc has been nothing but a breeze. As a freshman, Loyer will likely come in slotted as the backup shooting guard behind Newman, but depending on how the season is going, I wouldn’t be too surprised if Painter works with him on becoming a combo guard with more minutes. Loyer has the potential to be one of the greatest three-point threats in Purdue history.

Heide has more than his fair share of offers with Purdue nabbing a potential star in the bouncy forward. Heide is best when driving downhill toward the basket and can almost be used as a point forward in some sets if the plays go to him. He uses his immense strength to be able to force turnovers on defense as well as push past on offense. Heide can step out and make the three with ease and also possesses a nice mid-range game.

Realistically, Heide should get a couple of minutes per game at most but will come in during tune-up games and will be able to learn from the likes of Ethan Morton and Brandon Newman. Long term, Heide can be a plug-and-play winger and paint presence but will need to develop in Matt Painter’s system before he is a key contributor for the Boilermakers.

Starting with one of the biggest accomplishments a high school player can achieve, Smith won Indiana Mr. Basketball in 2022. The small point guard played phenomenal this season and a huge part of that was his ability to knock down the three-ball. Smith is a modern point guard with sneaky speed and the ability to get around defenders and make tough shots. He is an outstanding playmaker as shown by setting his school’s record of 453 assists.

Starting off his freshman year, there is not a clear expectation for Smith’s playing time at Purdue. He will get a legitimate chance to start and earn valuable minutes with no clear cut guards ahead of him on the depth-chart. With that being stated Purdue has a highly touted ’23 combo guard coming in next year in Dra Gibbs-Lawhorn, so long-term Smith will have more competition after his freshman season.