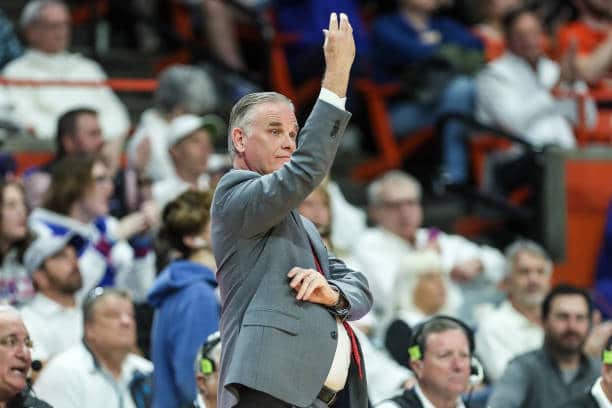 San Diego State brings in Darrion Trammell, one of the top scorers in the transfer portal.

Darrion Trammell, a 5-foot-10 guard, entered his name into the college basketball transfer portal after two years with Seattle. Trammell is one of the most gifted scorers who hit the portal and chose San Diego State on Tuesday night.

Trammell is nicknamed “The Little Monster,” which in itself shows how much of a problem he is on the basketball court. By coming to the Aztecs, Trammell will put his scoring to the test in the Mountain West Conference, a more challenging conference than the WAC.

Trammell’s biggest asset is his handles. As a small guard, he uses unique dribbling skills to free himself up for shots and to blow by flat-footed defenders, and get into the lane. He uses his hesitation move to keep defenders guessing.

He’s a three-level scorer, with range far beyond the three-point line. While Trammell’s overall efficiency isn’t anything to brag about, he has been as consistent as can be from deep, making 34.8% of his threes in 2020-21 and 34.4% last season.

Darrion Trammell isn’t just a scorer – he averaged 5.1 assists over the course of two years with Seattle. Even though scoring is Trammell’s calling card, his ability to set up teammates makes him a challenging player to guard.

Defensively, Trammell breaks the mold of smaller guards not being able to defend. He averaged 2.5 steals this past season, but statistics don’t show it all. Trammell hustles on every play and closes out great for a player who almost always gives up a few inches to shooters. He earned Wac All-Defense honors this year.

To sum it up, you’ll never catch Darrion Trammell taking a play off or even taking a few steps off. He’s always moving, active, and keen to make the right play.

How does Darrion Trammell fit in with San Diego State?

The Aztecs need scoring, and that’s what Darrion Trammell is best at. So at first glance, Trammell looks to be a top-three offensive option on the Aztecs. Even in a tougher conference, he should be able to average around 15 points per game.

Offensive production is needed, as the Aztecs only averaged 65.4 points per game last season. On top of that all, Trey Pulliam isn’t expected to come back, but Matt Bradley is. Trammell would give them a needed boost, replacing Pulliam as second fiddle to Bradley, with the potential of taking over as the go-to guy when needed.

The Aztecs were second in the country in KenPom adjusted defense, so bringing in a defensive-minded player is another key. Brian Dutcher preaches defense at San Diego State and Darrion Trammell won’t need to be motivated to play defense. He already brings that to the court.

There’s not much not to like if you’re a San Diego State fan. Trammell checks off the most needed box, which is a player who can actually provide some scoring. He also fits the style of play the Aztecs have, so it should be a seamless transition.

3 thoughts on “How Darrion Trammell Fits With San Diego State”