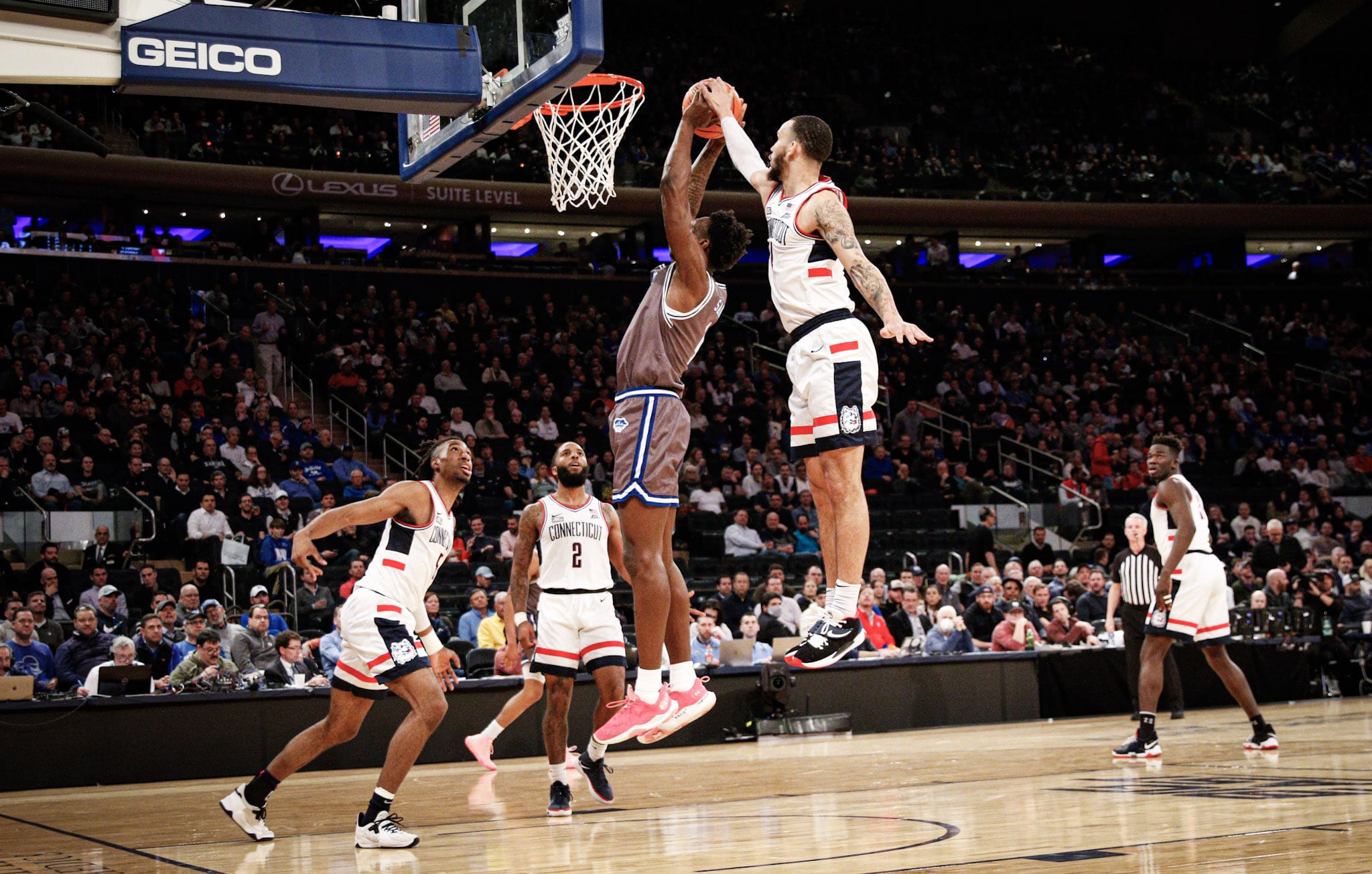 No quarterfinal matchup in Big East Tournament was a snooze fest, even the games that were not close had intrigue to them.

In all honesty, Xavier stopped themselves from playing in the quarterfinal. The Musketeers choked away an opening-round win and fouled Butler, although, they were up two points on the Bulldogs. The Bulldogs might have found something in the Freshman forward Simas Lukosius who dropped 27 in the opening round. He did not score much in the quarterfinal but played solid off the bench as this Butler team gave Providence all they could handle. Jared Bynum scored 16 points in only 23 minutes off the bench and the Friars won another close game as they always seem to do.

This matchup lived up to the hype after looking like a Creighton run-away at some points. Albeit inefficient shooting, Marquette’s grad transfer guard Darryl Morsell willed his team back into the game going on his own 7-0 scoring stretch in the second half to get the game within five. Creighton had answers for every Golden Eagle punch. Duke transfer guard Alex O’Connell drained a timely three down the stretch which forced Marquette into the foul game. The Blue Jays made their free throws and handled business.

How about Ryan Hawkins? When one Ryan (Kalkbrenner) goes down, the other Ryan (Hawkins) steps up. Kalkbrenner is the reigning Big East Defensive Player of the Year and the ending to this game hung in the balance without the defensive anchor for the Jays on the floor. Hawkins is poised for March and continued his hot scoring streak as he drained 4 threes on his way to 18 points. Providence will have to win another close one should they prevent the Jays from a Big East Tournament Final berth.

After the final buzzer sounded in this one, three things come to mind: Julian Champagnie is the truth, there is no way St. John’s is the 7th best team in the Big East and Jay Wright-coached teams handle pressure very well.

The Johnnies were up by as many as 16 points in this game. The junior forward Champagnie had 13 points and seven rebounds before the break, and the Red Storm used a 9-0 run to build a 12-point bulge before taking a 30-23 lead into halftime.

St. John’s held Nova to 23 percent shooting from the field, as well. But Villanova came with a different focus in the second half, they forced other players to beat them while slowly trimming down the lead and eventually taking it.

The way the Red Storm battled in this one with their backs against the wall shows the strength of the conference and the strength of a St. John’s team that is much better than their record indicates. They just failed to execute down the stretch. Champagnie had a good look at three to take the lead but airballed before Brandon Slater took the lead for the Wildcats with two clutch free throws. Nova survived and advanced.

This game played out completely opposite of the tournament preview. Adama Sanogo and Jared Rhoden combined for 13 points and Rhoden scored 5 points in the last two minutes of the game. UConn fans enjoyed the opportunity to see the Huskies play in the Garden for the first time since rejoining the Big East, dominating a sold out crowd at MSG.

The Huskies stymied any Pirate effort of a comeback and took away momentum Seton Hall tried to build in this one. It’s a scary thought when you can win by 10 against an NCAA tournament team and Sanogo only finishes with 6 points. R.J. Cole hit big three after big three while Tyrese Martin was a man amongst boys, dominating in the post en route to a game-high 17 points.

The key for the Pirates in this Big East tournament was going to be guard play and getting Rhoden rolling early. The Huskies took Seton Hall’s leading scorer away and the lingering hand injury for Pirate guard Kadary Richmond was visible in this one. Hold onto your hats folks, the semifinal between Nova and UConn will be a defensive battle throughout.