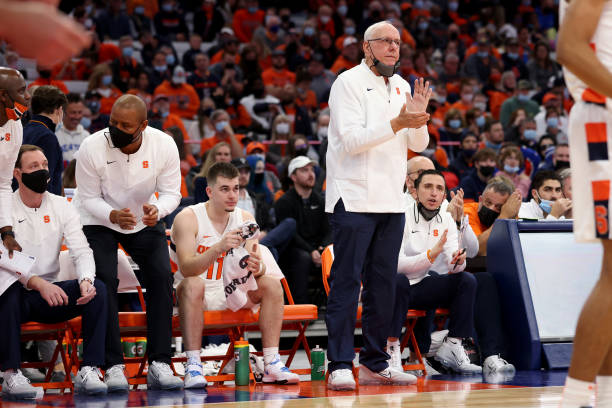 The ACC Tournament has been must watch and the quarterfinals gave a few classics.

Despite Duke winning, Syracuse stole the show in the early window. NOBODY expected the Orange to be able to compete with the Blue Devils without Buddy Boeheim. Yet, a depleted Syracuse squad who had been handled by 20 points and then 25 didn’t quit.

Even more promising, the Orange backcourt of Joe Girard III and Symir Torrence played tremendously. JG3 finished with 23 points while Torrence dished out 11 assists. Why does that matter? Both are likely coming back and could be the starting backcourt for SU next season.

Boston College really almost shocked the nation again and had they did, we might all be Eagles fans the rest of March. However, Jim Larranaga’s Hurricanes have been quite the team at finishing down the stretch. Miami is 9-5 in games decided by five points or fewer. That’s something to remember in March when you’re 50/50 between the Canes and their opponent.

The Hokies are as bubbly as the bubble can get. And they earned a massive win over Notre Dame, keeping Virginia Tech’s hopes alive. Ball security and defensive pressure were the story. Mike Young’s group forced 12 turnovers and only coughed the ball up six times. Quite a gutsy performance when it’s needed most.

Controlling the boards has been North Carolina’s mantra in recent years and on Thursday in the ACC Tournament, they hit them STRONG. UNC outrebounded Virginia by 14, a margin that was too big for the Cavaliers to make up anywhere else, losing by 20 points.

If there’s any team to make a futures bet on now, it’s North Carolina. Hubert Davis’ team is now 12-2 over their last 14 games played.