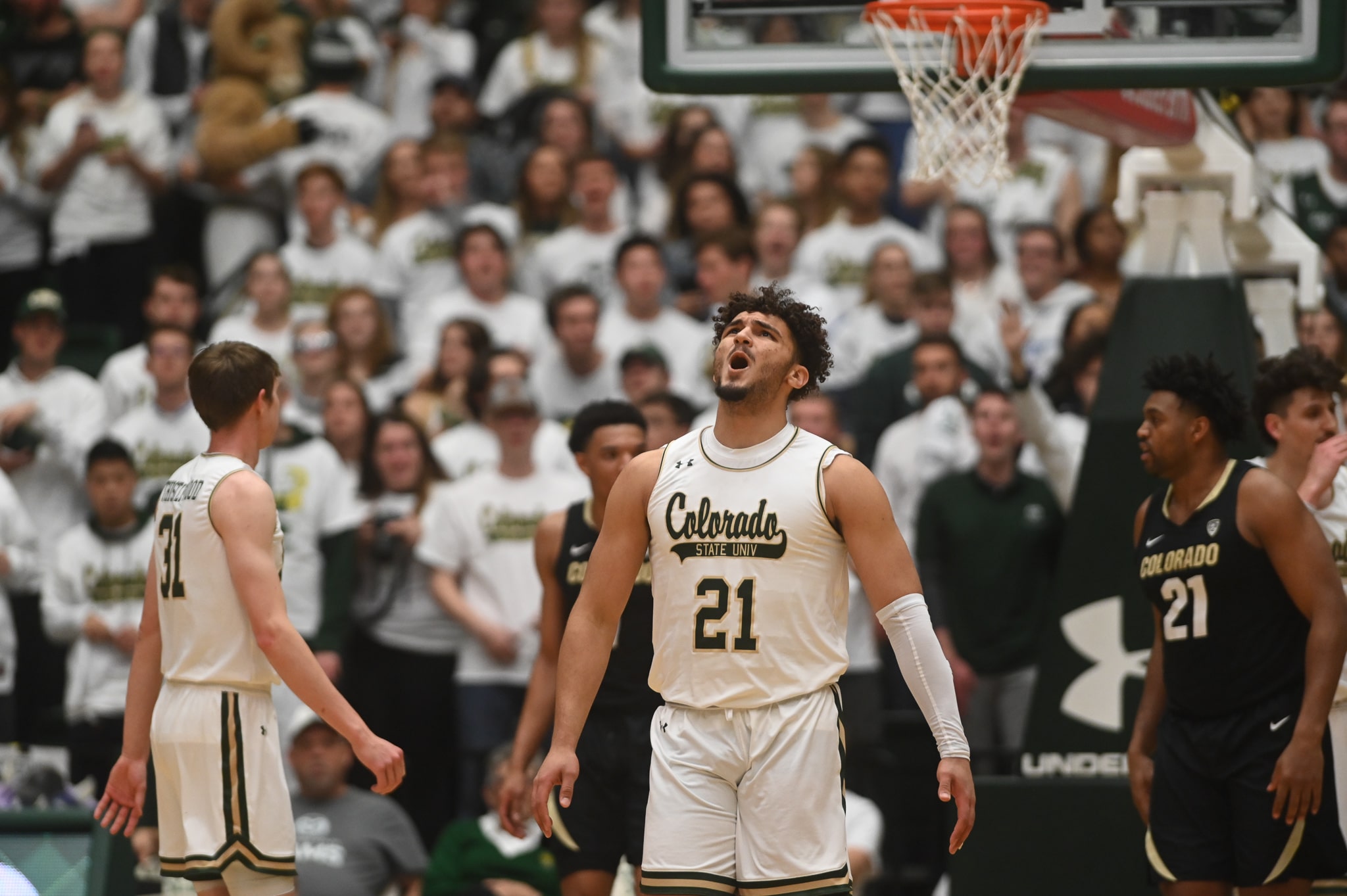 CBB Review highlights the ins and outs of every conference tournament leading up to Selection Sunday. Up next: The Mountain West Conference Tournament.

The Mountain West has four teams that are above the 20 win mark and realistically has eight teams who are competing to take home the coveted auto-bid from the Mountain West Conference Tournament. Teams such as Colorado State, Wyoming, Boise State, and San Diego State have the best shot at winning with either their star power or defensive excellence.

All of these players can take over a game in a very unique way.

Bryce Hamilton has been known throughout all of the Mountain West fandoms as a lethal scorer and someone who on any night could end your team’s hopes for a win if he went off for 30. Hamilton as the conference-leading scorer will be able to shut up any team’s hope for an auto bid in any game come to this tournament.

Graham Ike is part of a two-headed monster but he is more underrated in the sense that he kills in all aspects of basketball shooting 51.6% and averaging 9.6 tough rebounds a game while being the team’s anchor on defense.

Roddy is the darling of Colorado State putting the team on his back being an all-around scorer, playmaker, and defender as he looks NBA ready every single night.

Orlando Robinson is the most underrated player in the country because his ability to score and defend the paint is on a level of play that NBA teams crave in their modern-day big men.

Justin Bean is someone who has been a key role player but as a senior took a leap of faith and has been the lifeline of an Aggies team that so desperately needed one. His ability to be a stretch big is unmatched by anyone west of the Mississippi.

Matt Bradley is a defensive beast and puts pressure on the ball handler like no other along with being extremely clutch from beyond the ark.

Grant Sherfield puts the Wolfpack on his back every night and truthfully if he doesn’t play his best basketball Nevada will struggle to win more than one game this postseason.

With Justin Bean, anything can happen. He’s been a double-double machine who’s put up incredible stats all season long. If he can continue to space the court and force the more immobile guys to move around more and foul out maybe just maybe we can see the Aggies be a bid stealer out of the Mountain West Conference Tournament.

Nevada has Sherfield and therefore they have the star power to go along with already beating New Mexico earlier this season. Nevada should win this by a fair amount.

Star power wins games and Justin Bean is a very talented player. When you play a team whose leading rebounder is 6’5 you know you should win. Utah State by double digits.

Star Power may be an understatement for Orlando Robsinson and he should easily have a double-double in a win.

Boise State is a team with numerous players who can carry the load on offense having four guys scoring in double digits. Most Impressive is their defense which averages about six steals a game while doing damage and playing physical. This Team won the regular season for a reason give me the Blue Broncos.

UNLV has beaten Wyoming this year however Hunter Maldanado and Graham Ike want revenge. The Cowboys barring a few situations could end up a bubble team but a win would prevent that. Give me the pokes from the great state of Wyoming

CSU has proven they can beat the Aggies so unless Bean pulls out some magical beans I see no reason why the trend of CSU over Utah State from this season won’t continue.

Matt Bradley and an aggressive man-to-man scheme against a tough big man in Orlando Robinson. I think Fresno just wants this more and craves a bid steal.

This will be these two teams’ third meeting, and the Cowboys and Broncos have split so far. Star power helps a lot and although Boise plays extremely well as a team I think the Cowboys ride out of this game on top of the bucking broncos.

Roddy vs Robinson. Both of these players would show out, especially when the lights are brightest. Just Because of the amount Robsinson has grown I’ll take the major upset here will Fresno heading the MWC championship game.

Roddy and Stevens are one of the most lethal duos in the country and at this point, they’re going up against an exhausted team in Fresno State so I would say there’s no way they could make it all the way through just because of exhaustion. Although they’d put up a great fight in this Mountain West Conference Tournament championship game.