5 Mid-Major Conferences That Can Produce Bid-Stealers 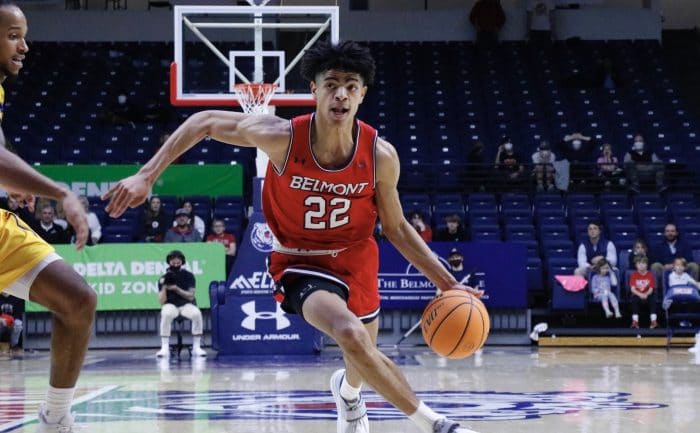 One of the great, or painful things of March Madness, depending on what side you’re on, is the mid-major bid-stealer.

We’ve all likely been there. Your team is on the bubble and POP! one upset later and a mid-major conference is sending two teams to the Big Dance.

Some mid-major conferences expect multiple teams in. The Atlantic-10 and Mountain West conferences usually send at least a pair of well-earned programs to the field of 68. But that doesn’t mean that number has to stop there. And for this purpose, I’m nixing the American Athletic, Atlantic 10, and Mountain West. They’ve got enough likely NCAA Tournament teams that bid-stealers would have to go on an almost impossible run against the giants.

What really creates havoc in March is when a small mid-major conference has a team that runs the table and begins to place itself in an at-large category. Next thing you know and they get upset in the semifinals of their conference tournament. Now what?

Odds? Closer to zero than they are to even 25%. But they’re still odds.

Do I think that’ll get in? Likely not. But it’s worth entertaining considering how dreary some of the power six conference bubble teams’ records look. Perhaps the NCAA Tournament committee will follow the College Football Playoff and make Vermont their version of Cincinnati. Just a thought.

The Valley has been a prototypical bid-stealer conference in the past. Last year, both Drake and Loyola-Chicago reached the NCAA Tournament.

This year, it’d be a lot tougher for two teams to hear their names called on Selection Sunday because not one team presents an awfully great at-large resume.

If it were to happen, it would revolve around Loyola-Chicago. The Ramblers are currently 29th in the NET, more than good enough to draw some attention from the committee.

But they have four quad-2 losses and one quad-3 loss, meaning it’s not that cut and dry. Even if the Ramblers were to lose close in the Arch Madness championship, it would need to bank on the committee placing a lot of importance on the NET above all else.

The Summit League has the same route to becoming a two-bid league as the America East. And Vermont has a quad-1 win. South Dakota State does not.

However, the Jackrabbits haven’t lost in conference. 18-0 in any mid-major league is something to brag about and the 27-4 overall record looks clean as a whistle. Again, they’d need to finish 29-5 and lose on a miraculous full-court heave to have any chance.

We’ve also seen this scenario time after time and more often than not, it doesn’t play in favor of the mid-major team. We just have to wait for the time it actually does.

The WCC has a handful of teams that can steal bids. Gonzaga and Saint Mary’s are locks and San Francisco and BYU could be bid-stealers, given their bubble status.

However, it would really shake things up if Santa Clara were to win the whole thing.

The Broncos are the third seed in the WCC Tournament and have played well against the top teams in the conference. They have wins against Saint Mary’s and BYU, not to mention non-conference wins over Stanford and TCU.

Anything is possible, but it would likely have to end in Santa Clara upsetting Gonzaga. Good luck.

This is by far the most likely bid-stealing conference and would ultimately shake up the whole picture of Selection Sunday. If Murray State doesn’t win the OVC Tournament, they’re still a lock. I’ve never seen a team ranked in the top 25 in March, go on to miss the NCAA Tournament. It ain’t happening.

But the Racers have as many challengers as anyone in this conference. They’ve handled them well, but Morehead State and Belmont are both very good basketball teams – NIT worthy – that can upset Murray State on a good day.

Belmont is 65th in the NET, so the Bruins have what it takes to knock off the league’s best. Morehead State and Johni Broome spar with Belmont Friday night in an OVC semifinals matchup. Pay attention, because if it happens, your favorite bubble team may be heading home.