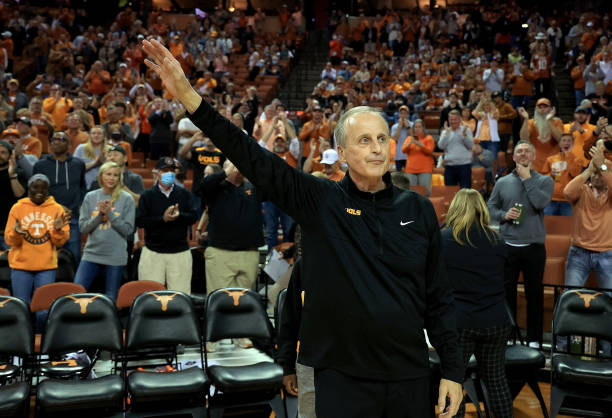 Tennessee took it to South Carolina in a game that felt like a must-win for the Gamecocks.

Rick Barnes’ Volunteers squad took on the South Carolina Gamecocks for the second time this year, and while the venue changed for Saturday’s clash, the result did not.

Tennessee pulled away in the second half and won by a score of 81-57. Josiah Jordan-James led the way for Tennessee with 20 points while star freshman Kennedy Chandler provided 10 assists to go along with 11 points.

For the Gamecocks, Erik Stevenson and Devin Carter both contributed 13 points to lead the team.

Takeaway #1: Breathtaking from behind the arc

Tennessee was absolutely on fire from three on Saturday night, hitting over half of their attempts in a 14-of-27 effort. Star freshman Zakai Zeigler led the way, hitting four of his five attempts from beyond the line. The 52% mark from three was the best outing for the Volunteers all year, as they took advantage of a porous perimeter defense all night long.

Takeaway #2: Sliding down the standings

South Carolina had a three-game winning streak snapped by Mississippi State on Tuesday in a blowout loss. Looking for a quality win, and in very much need of one, they simply couldn’t get it done at home, losing in blowout fashion.

The story of conference play this year for the Gamecocks is simple: win games they should win and lose games they should lose. Their four wins have been against teams 4-6 or worse in league play, and every SEC team they’ve lost to is at or above .500 against conference foes. While they have the pieces to compete, they haven’t shown to be able to beat the top competition consistently.

Takeaway #3: Hometown talent steals one from the ‘Cocks

Josiah-Jordan James, a native of Charleston, South Carolina, had one of his best games of the year against South Carolina. Stuffing the stat sheet, he scored 20 points, added six rebounds, a couple of assists, three blocks, and three steals. His contributions, although not the only thing that helped Tennessee get the win, certainly helped make the final result so one-sided.

Looking ahead, the Volunteers will travel to Starkville on Wednesday night for a contest against Mississippi State before hosting Vanderbilt next Saturday.

The Gamecocks will look to get back on track when they play host to Kentucky and Wooden Award candidate Oscar Tshiebwe Tuesday night.