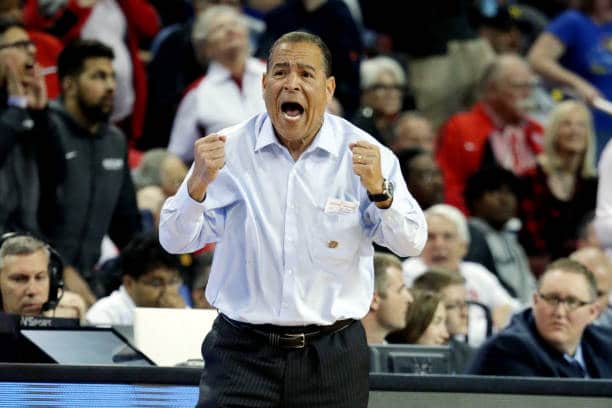 American Athletic Conference is bunching up in the middle.

In the American Athletic Conference, the teams are a clear top dog in Houston basketball and SMU. The middle or meat of the conference includes Cincinnati, Temple, Tulane, UCF, and Memphis. The bottom teams under 50% with four losses each includes ECU, USF, Wichita State, and Tulsa.

The big news of the week contains Isiah Jasey out for the season with a torn Achilles, Wichita State going on a whole week-long COVID pause, and Coach Hardaway’s outburst after a difficult Memphis loss.

Here’s Penny Hardaway’s response to my follow-up question to his F-bomb laden answer to another media member’s question.

Thursday night was a PARTY at Fifth Third Arena as we blazed our way to a 90-69 victory over Tulsa. 🎉#Bearcats pic.twitter.com/HsqTEi1g61

Cincinnati basketball dominated Tulsa 90-69 as the team shot the ball at an insanely high success rate. The Bearcats shot 46.8% from the field, 55.2% from three, and 80% from the free-throw line. Cincinnati basketball moved the ball well but got ahead of itself, throwing it away 19 times, with 12 of these times coming off of steals. The rim protection is vast for the Bearcats as they blocked eight shots, but it also led to Tulsa outrebounding them on the offensive boards.

Cincinnati travels to Temple on Tuesday, January 25, at 6 p.m. CST.

One tough loss and a blowout loss for the Pirates, who lost 92-85 to UCF and 79-36 to Houston. ECU basketball was able to remain competitive against UCF to crash the boards and get long rebounds. The Pirates moved the ball well, leading to too many turnovers and fouling an excessive amount.

Unfortunately, the Pirates went ice cold in their next game and only scored from the free-throw line. With the inability to knock down any shot, ECU successfully grabbed offensive rebounds but could not get it going against the Cougars. The Pirates travel to Memphis on Thursday, January 27, at 8 p.m. CST.

The Cougars remain perfect in conference play as it defeated USF by 19 and then steamrolled over ECU. Houston continues to have its free-throw shooting woes but is saved by its ball movement and solid defense. The Cougars continue to care for the ball and use its length to cause issues for other teams as Houston takes care of the ball.

The total domination of the Pirates was an impressive feat, and Kyler Edwards showed out for Houston basketball. The Cougars dominated in every column against ECU.

Houston basketball travels to UCF on Saturday, January 29, at 7 p.m. CST with a complete week break to prepare.

Memphis basketball continued with its inconsistent streak against a tough SMU team, losing 70-62 and then grabbing a win over Tulsa, 83-81. The Tigers only made one three-pointer out of twelve, and it took a second-half run to make it against the Mustangs. Unfortunately, Memphis basketball could not convert enough of its possessions. Shooting 41% from the field, 8.3% from downtown, and going 11-of-19 from the charity stripe was not enough to combat the Mustangs. Memphis fouled them too much, and the offense from likely American Athletic Conference player of the year, Kendric Davis, was too much to overcome.

Trailing a majority of its game against the Golden Hurricane, Memphis basketball was able to finish strong with the lift from Josh Minott and Tyler Harris. Memphis showed a lot of heart as it came back in this win, shot the ball, moved the ball, and used its athleticism to win this game.

The Tigers will host East Carolina on Thursday, January 27, at 8 p.m. CST.

SMU had a nice win over a struggling Memphis team. Driving the ball, causing turnovers, and matching Memphis on the boards were the reasons SMU grabbed a win. The Mustangs turned the ball over 14 times to Memphis’ 12. Both teams had eight steals and 12 assists. The Mustangs converted more on their possessions and knocked down more 3-pointers and free throws. SMU’s aggressiveness will cause a lot of issues for teams in the AAC.

Having two teams postpone games due to COVID-19 protocols, Temple did not play this week. The Owls will host Cincinnati on Tuesday, January 25, at 6 p.m. CST.

This week, Tulane basketball lost its lone game in a heartbreaker to UCF, 68-66. The Green Wave played an excellent game, but its inability to score from three-point range was the difference. While it shot great from the free-throw line needed to get to the charity stripe more. Jaylen Forbes couldn’t make his shots from long range but put up solid numbers from the field. The Green Wave turned over the Knights 14 times.

Tulsa basketball could not find a win in its first matchup losing 90-69 to the Cincinnati Bearcats and then in a tough loss, 83-81 to Memphis. The Golden Hurricane could not get any help from Tim Dalger and Rey Idowu, who struggled to score, while Jeriah Horne, Darien Jackson, and Sam Griffin were all double-digit scorers against the Bearcats. Tulsa had success on the offensive boards and causing turnovers, but it was not enough to compete.

The Golden Hurricane had a shot as the team led Memphis for most of the game. But Tulsa turned the ball over too much and could not make the stops needed to prevent the comeback from the Tigers.

The Golden Hurricane will travel to Tulane on Wednesday, January 26, at 8 p.m. CST.

Yesterday’s W had it all. Check out the top 5 plays 🎥 #ChargeOn pic.twitter.com/yBFx4o6TmZ

UCF grabbed two wins this week, the first over ECU, 92-85, and the second over Tulane, 68-66. UCF basketball shot the ball with insane numbers against the Pirates, at almost 50% from the floor and over 50% from three. The Knights limited its fouling and turnovers.

The team moved the ball well in its second matchup and crashed the boards for second-chance opportunities. UCF basketball used its length to block a couple more shots and come out on top.

They will travel to Wichita State on Wednesday, January 26, at 7 p.m. CST.

USF lost its only game to Houston, 74-55, and postponed its second game against Temple. The Bulls won the battle of the boards as the team outrebounded Houston. They caused nine turnovers, eight of which were from steals. USF struggled to make its shots, staying at 35% from the field and 31.8% from three-point range.

USF will host the SMU Mustangs on Wednesday, January 26, at 6 p.m. CST.

The Wichita State men's basketball team has been on a COVID-19 pause since Monday, which caused two postponements this week.

Here's what I'm hearing if the Shockers will be ready to play UCF at Koch Arena next Wednesday.https://t.co/SMbOZN1bvh

The Shockers had a COVID pause with a tough loss that postponed the two games this week. Wichita State will host UCF on Wednesday, January 26, at 7 p.m. CST.