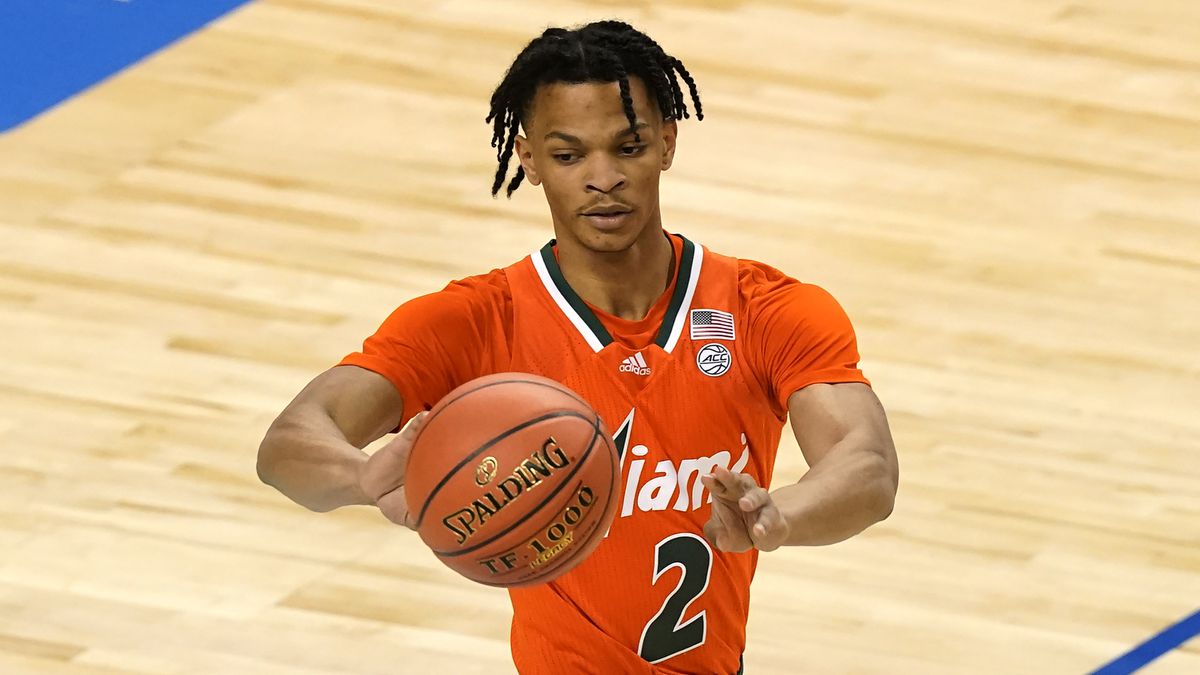 The Miami Hurricanes have risen up the ACC standings, strengthening the conference in the process.

Over the previous few years, Jim Larranaga’s squad was an analytical darling expected to surprise the common fan. But key players got hurt and the ones that didn’t, ended up heavily underperforming. Miami finished under .500 overall each of the last three seasons.

However, we sit here in 2022 and look at a team tied atop the conference standings. With the same coach and generally the same offensive system, the Canes have finally put it all together. Besides maybe an even weaker ACC, let’s take a look at what is behind this vast improvement.

The addition of Charlie Moore from the transfer portal has been the spark this team needed. He can create his own shot off the dribble but also allows Wong to be less ball-dominant. As a result, Wong has transformed from a high volume scorer into a much more efficient one.

Kam McGusty is the third Hurricane to average upward of 12 points per game. At 1.32 points per possession, he leads the ACC in efficiency when driving to the rim, while shooting 82% from the line.

Larranaga’s system is a five out with a lot of isolation. This can be easy to defend when one player takes most of the shots but McGusty’s emergence and Moore’s presence allow for many more matchup advantages.

When you play small ball like Miami, your personnel is usually designed to play at a much faster tempo.

Getting out in transition has always been a strength for the Canes. This year, however, they are both more willing to do so and incredibly efficient in the process.

Of course, it starts with forcing giveaways on the defensive end, which has been another major improvement for Larranaga’s squad.

Isolation will always be a key principle of Miami’s offense. But creating it requires spacing. According to Shot Quality, Miami’s has improved from the 16th percentile to the 62nd this year in that metric.

Larranaga’s traditional free-flowing offense has also added some more sophisticated elements this year. They have increased the frequency in which they utilize ball screens, with both the pick and roll and off-ball action.

Various cuts are in the repertoire as well. Take a look at how Miami was able to exploit Duke’s over-aggressiveness along the perimeter and get behind the defense. Very well executed.

Miami spread out Duke’s pressure defense with 5-out spacing and countered the denials with backdoor cuts in upset win pic.twitter.com/PIk8gzlzaK

Larranaga is in fact not past his peak and is still able to coach modern college basketball at a high level. In an ACC that has weaker blue bloods, it has been Miami that has taken advantage.